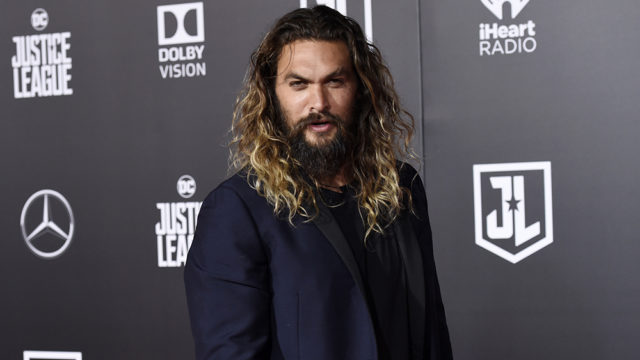 Jason Momoa has been tapped to star in a new limited series on Apple TV+. ‘Chief Of War’ will be written and produced by Momoa as well.

As reported by Deadline, Momoa’s new series has been picked up by Apple for its streaming service. Chief of War is said to revolve around “the epic and unprecedented telling of the unification and colonization of Hawaii from an indigenous point of view.” Thomas Pa’a Sibbett has created the series alongside Momoa.

This will be Momoa’s first foray into writing a television project. The actor is best known for his work on ‘Game of Throne,’ Aquaman,’ and of course the Apple TV+ post-apocalyptic series ‘See.’ Apple has recently picked up the series for a third season following the conclusion of the second season back in October 2021.

Momoa and Sibbett will both serve as executive producers on the project. Francis Lawrence, Peter Chernin, Jenno Topping, Erik Holmberg and Doug Jung will also produce the series with Jung serving as showrunner as well.

Chief of War is said to be an eight-episode limited series. Negotiations on bringing Justin Chon onboard to direct the first two episodes are in the works.

Currently, there is no word on when Chief of War will make its way to Apple TV+.

Spirited, a holiday-themed musical comedy starring Will Ferrell and Canadian Ryan Reynolds, is now available to stream on Apple TV+. The film is a retelling of the classic story of A Christmas Carol. Starting today, Apple TV+ subscribers can tune in and watch Spirited. Adapted from Charles Dickens' 1843 novel, Spirited retells the story of A...
Steve Vegvari
5 days ago