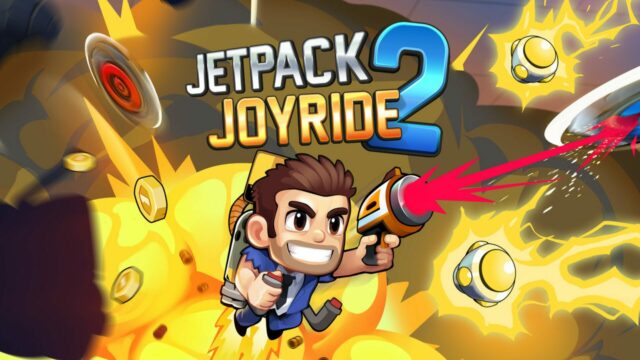 Jetpack Joyride 2, a sequel to the lauded endless runner from 2011, is coming to Apple Arcade this month. This unexpected follow-up will be available exclusively on Apple’s subscription service.

Jetpack Joyride 2 sees players take on the role of Barry and navigate new environments and obstacles. Similar to the original, players must tap their screen in order to raise themselves up and let themselves drop throughout a level. Jetpack Joyride 2 is another side-scrolling adventure. However, developer Halfbrick states that the game incorporates a deeper “story-driven experience.”

#JetpackJoyride2 exclusively on #AppleArcade
Barry returns in a frantic adventure! Help battle new enemies through the laboratory to stop the scientists' experiments before it is too late. Pre-register now for a FREE SUIT! 🚀 https://t.co/onxxSfpswk pic.twitter.com/eJXg22Mxys

The goal of Jetpack Joyride 2 is to avoid obstacles, collect coins, and survive for as long as possible. Halfbrick confirms that the sequel will have some newly implemented mechanics and gameplay. However, it remains to be seen what the full scope of Jetpack Joyride 2 will be.

Jetpack Joyride 2 officially launches on Apple Arcade on August 19th. The App Store listing is already available and offers some screenshots of the game. Preregistration is also open. Players who sign up gain access to a free in-game skin.