‘Kenny The Clown’ Gets His Hands On Steve Jobs’ Stolen iPad

Steve Jobs’ Palo Alto home recently became a victim of burglary in which several Apple computers and personal items worth more than $60,000 were stolen. While the burglar has been caught and jailed already, a friend of his who goes by the name of ‘Kenny the Clown’, got his hands on one of Steve’s personal iPads stolen from his Palo Alto home, reports Mercury News. Interestingly, Kenny never took the liberty to play any games, surf the net or check for any top-secret corporate documents. Instead, he loaded iTunes to play the “Pink Panther” theme song to entertain Bay Area kids and tourists during his clown routine. 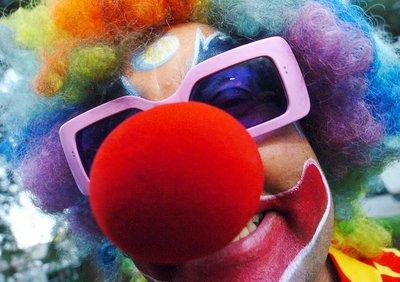 He had no idea the device came from the fabled Jobs residence until after the friend who gave him the gadget was charged with breaking into the CEO’s Palo Alto home. By then, the cops had already shown up at his door and taken it away.

“It would be like getting a football from Joe Montana that was stolen out of his house,” said the 47-year-old professional clown, whose real name is Kenneth Kahn. “It’s bizarre; it’s really bizarre.”

Police said Kariem McFarlin, a 35-year-old Alameda resident, gave Kahn a silver 64GB iPad that was stolen out of the Waverley Street home on July 17. McFarlin also allegedly gave another iPad to his daughter, and both devices were returned to the Jobs family after McFarlin was arrested on Aug. 2, police said.

McFarlin is accused of stealing iPods, Macs, Tiffany & Co. Jewelry and even Jobs’ wallet and driver’s license. He remains in jail in lieu of $500,000 bail.