Abdullah Gül, the president of Turkey, has today met with Apple executives including vice president for education John Couch, to discuss several issues, including a $4.5 billion program to provide as many as 15 million tablets to Turkish schools for children, reports Turkish blog Elma Dergisi (via MacRumors). 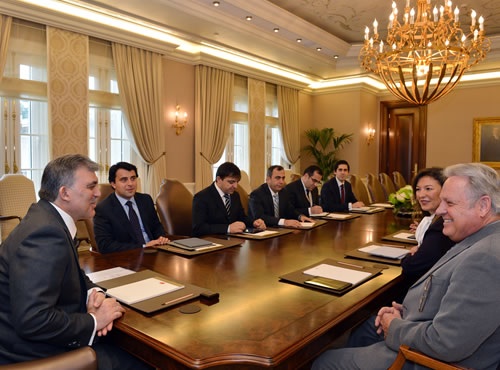 The photo shown above was issued by the office of the Turkish president, along with a brief video from the meeting. The report claims that the primary topic of discussion was the $4.5 billion iPad education initiative, a contract Apple has reportedly been pushing for, but negotiations are said to still be underway. Interestingly, executives also discussed the layout of the older Turkish “F-keyboard” on iOS devices, which has several keys located in the wrong positions.