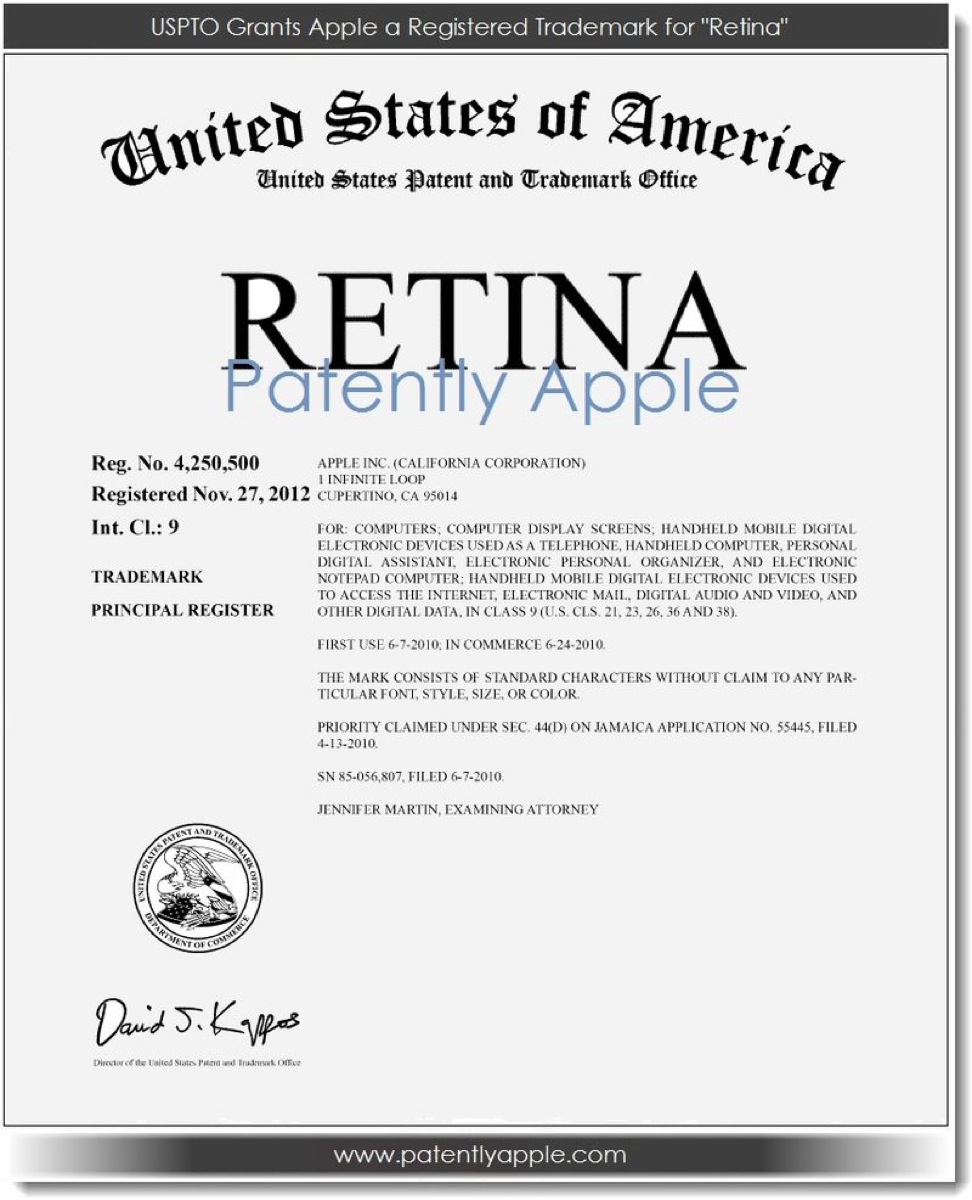 The term “Retina” is now a Registered Trademark of Apple which represents the company’s brilliant Retina display that is currently integrated into the iPhone, iPod touch, iPad and MacBook Pro. Game Center, which was originally announced with iOS 4.1, is Apple’s online multiplayer social gaming network that allows users to invite friends to play a game, start a multiplayer game through matchmaking, track their achievements and compare their high scores on a leader board.

Apple’s (Retina) trademark which was originally filed for in May 2011 was filed under the sole International Class 009 which basically covers computer displays including handhelds, notepad computers and displays used in telephone computers.

Apple’s (Game Centre) trademark which was originally filed for in June 2012 was filed under International Classes 9, 41 and 45 covering such basics as computer software for use in developing and accessing multiplayer games and for scoring and tracking game performance; for entertainment services and social networking.

An updated version of Game Center, which was released with iOS 5, featurea the addition of turn based gaming, player photos, friend suggestions and achievement points. 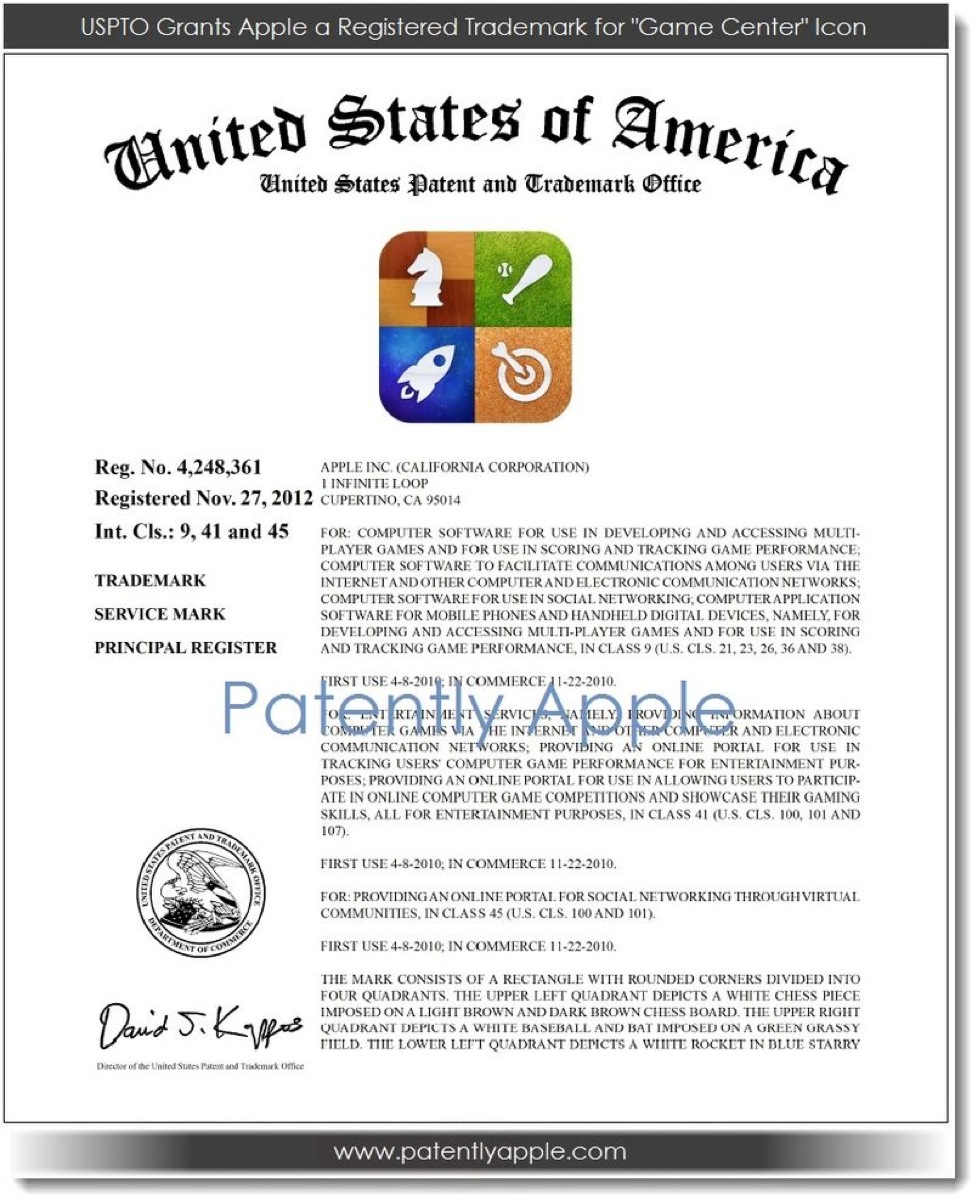