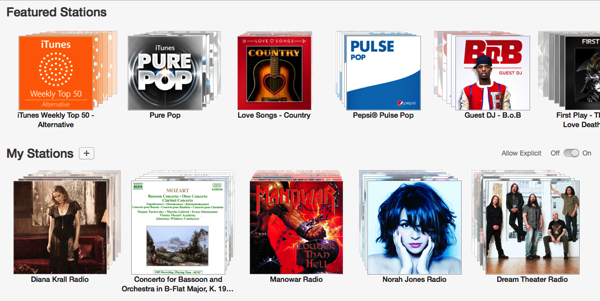 Almost a year after unveiling iTunes Radio, Canadians still have to cut corners to listen to Apple’s music streaming service. Well, that’s hopefully about to change, because the final barrier to entry into Canada’s digital music streaming market has been removed: The government has finally established how much service providers such as Apple and Songza have to pay for the use of recordings (via the Globe and Mail).

The ruling comes as great news for all players interested in the Canadian market at a time when streaming music service revenues have increased by 50% over the last year and traditional music downloads (see iTunes) have recorded the first drop in their history (2%), according to data from the International Federation of the Phonographic Industry.

The lack of clarity on royalty rates has likely contributed to some streaming services thinking twice about expanding into Canada. “It takes a little bit of time to make decisions, and in this digital world we live in, things change every three months,” said Vanessa Thomas, managing director of Songza Canada, a digital streaming service that has operated in the country since 2012. “I think that’s been a barrier to entry.”

Now, according to the Copyright Board of Canada’s Friday decision, music streaming services like iTunes Radio, which provide a great experience through custom interactive “radio stations,” must pay 10.2 cents in royalties for every 1,000 plays.

This is great news for music services because, by contrast, Re:Sound, the agency collecting royalties in the country on behalf of musicians and performers, asked for a much higher rate of $1 in royalties for the same number of plays.

According to the new royalty rate, music streaming services with $130,00 in revenues will pay about $7,000 per year.

And we keep our fingers crossed to finally see the iTunes Radio window in our iTunes music player.