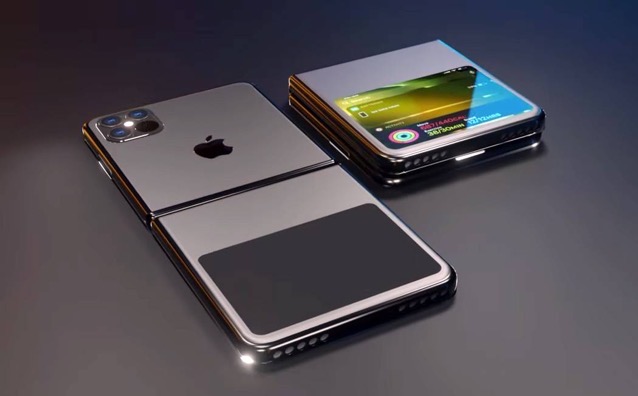 Rumours have spun that Apple is developing a foldable iPhone to add to its future lineup. The degree of information outlining Apple’s plans has been rather shallow. However, some new tidbits, including the possibility of Apple Pencil support, have been released.

Chinese analyst firm EqualOcean has reported that Apple’s first foldable iPhone may add Apple Pencil support. Additionally, the firm claims that the foldable iPhone will feature a 7.3 to 7.6-inch OLED display and may launch in 2023.

Omdia, a global communications and digital media research organization, predicts that Apple may launch a 7.3-7.6-inch foldable OLED smartphone in 2023 and add an activity pen to its foldable iPhone.

News of a foldable iPhone has been surfacing more and more frequently. In December, it was reported that Foxconn has successfully tested the durability of an Apple-designed hinge system for two different iPhones.

What makes EqualOcean‘s claim so interesting is how unabashed Steve Jobs’ dismissal of including a stylus with the iPhone was. During the famous 2007 iPhone keynote, Jobs said: “Who wants a stylus? You have to get them, put them away, you lose them. Yuck! Nobody wants a stylus. So let’s not use a stylus.” Across the many years, Apple never included support for a stylus, even after launching the Apple Pencil. All that may end up coming to an end.

It’s worth noting that EqualOcean is not commonly known for its leaked information so its latest report may be taken with a grain of salt. However, it’s an interesting enough claim to keep an eye on as the lead-up to this supposed foldable iPhone develops.