Just weeks after losing to Apple in the patent battle, Samsung is working on yet another anti-Apple commercial. This time the Korean-based company is once again re-creating an Apple Store. The fake Apple Store is full of Macs and iOS devices, but there is no telling what they have planned.

The set is located in Los Angeles, California, full of the usual Apple goodies and even some fake signage. If you look below, we have a photograph of what looks to be a knockoff iOS device. 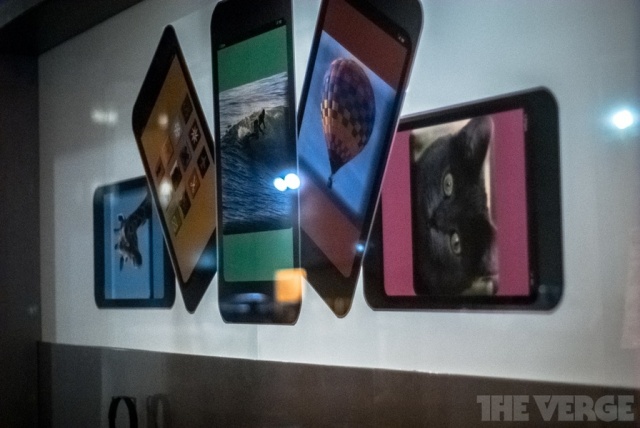 You may not have noticed this, but Samsung’s past commercials were based at re-created Apple stores too. In this latest commercial they could take things a step further and actually base the advertisement within the store.

They even put a sign in the window of what may be an ugly version of the iPhone 5. A few more signs located on the desks within the Apple Store also include knockoffs of Apple’s actual devices.

Overall the Apple Store representation was similar to that of the real thing. Samsung brought in the same type of tables, Macs, iPads, iPods, etc. The only difference happened to be the signage and the color of shirts worn by the Genius Bar employees.

I can’t wait to see what Samsung has planned for this commercial. They had many hilarious commercials for us Apple fans up their sleeves over the past winter, now what may they possibly poke fun of?

Click here to view the full gallery of the Samsung commercial set.