Following up a yesterday AnandTech report that caught Samsung manipulating the Galaxy S4 handset to obtain repeatedly high results on certain benchmark tests, the South Korean manufacturer has issued a statement today seeking to clarify issues regarding the questioned benchmarks.

“The maximum GPU frequencies for the GALAXY S4 have been varied to provide optimal user experience for our customers, and were not intended to improve certain benchmark results,” Samsung said in a statement.

The background of this statement was a post from Beyond3D that questioned the manufacturer’s benchmarking techniques, and prompted AnandTech to take its own tests. AnandTech pushed out the results yesterday, pointing to some irregularities found during the testing.

Oh hell Samsung, shame on you!

I’m currently doing GPU overclocking and voltage control in the kernel for the 5410/i9500 and was screwing around with what was supposed to be a generic max limit only to be surprised by what it actually represents.

This GPU does not run 532MHz; that frequency level is solely reserved for Antutu and GLBenchmark* among things. The GPU on non-whitelisted applications is limited to 480MHz. The old GLBenchmark apps for example run at 532MHz while the new GFXBench app which is not whitelisted, runs at 480MHz. /facepalm

According to AnandTech’s findings, Samsung lets its hardware run much faster but only during a couple (key) benchmarking test, so the results will show the Galaxy S4 in a favourable light. 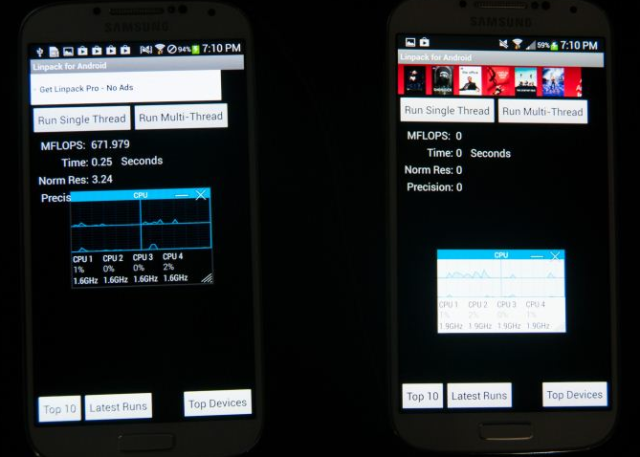 The rest of our suite isn’t impacted by the aggressive CPU governor and GPU frequency optimizations on the Exynos 5 Octa based SGS4s. What this does mean however is that you should be careful about comparing Exynos 5 Octa based Galaxy S 4s using any of the affected benchmarks to other devices and drawing conclusions based on that. This seems to be purely an optimization to produce repeatable (and high) results in CPU tests, and deliver the highest possible GPU performance benchmarks.

While things like this happened in the past, it doesn’t mean that it should happen now, and it’s kind of odd, coming from Samsung.

In a recent interview, Apple engineer Esge Andersen discussed how the company achieved improved sound quality regarding the AirPods Pro 2. Much of the improvements came without the integration of lossless audio and it is all thanks to improved airflow instead. Speaking with What Hi-Fi?, Andersen pulled back the curtain about the improvements to audio...
Steve Vegvari
7 hours ago