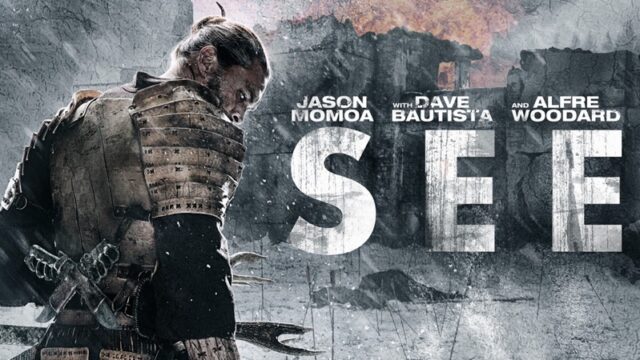 Apple has dropped the first episode of See’s sophomore season for audiences. The season will continue to air on a weekly basis each Friday over an eight-week span.

See is set in a dystopian future and stars Jason Momoa as lead character Baba Voss in a world where the population of humanity has lost its eyesight. Voss is embroiled in inner-politics between tribes all the while, a set of twins are born with sight. Season two focuses on Voss’ attempt to reconnect with his family.

Alongside Momoa, See stars Sylvia Hoeks, Hera Hilmar, and Alfre Woodard. Dave Bautista of ‘Guardians of the Galaxy’ fame joins the cast in season two as Edo Voss, brother to Baba Voss. As you can imagine, brewing tensions and preestablished dynamics between the two siblings are explored.

The first season of See premiered in 2019 on November 1st with three episodes available. This also happened to be the date Apple launched its streaming service to the masses. Although See hasn’t received the critical reception to the likes of ‘Ted Lasso’ or ‘The Morning Show,’ it is still an important catalogue entry for Apple.