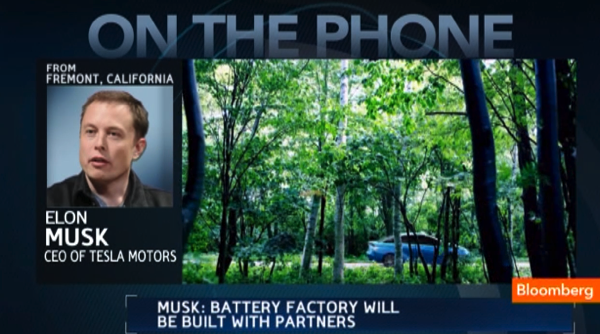 Rumours have surfaced that Apple could be interested in entering the car business by acquiring Tesla, as the car maker CEO Elon Musk has reportedly met with Adrian Perica, a former Goldman Sachs banker, who is currently in charge of Apple’s merger and acquisition deals. Musk has confirmed talks between the parties (via BusinessInsider).

Speaking with Betty Liu on Bloomberg Television, Tesla’s CEO said his company had had conversations with Apple, but refrained from commenting on the topic of the discussions. However, he did confirm that an Apple–Tesla merger is “very unlikely”, as yet.

LIU: Well did you have a conversation with Apple?

MUSK: We had conversations with Apple. I can’t comment on whether those revolved around any kind of acquisition.

As he pointed out, the company isn’t for sale, “because we need to stay super focused on . . . creating a compelling mass-market electric car.” But “unlikely” isn’t a “no”, so the deal could remain open.

When asked what he would answer if Apple told him that it wanted to make cars, Musk’s reply was prompt: “I’d probably tell them that I think it’s a great idea.”

Apple CEO Tim Cook recently sat down for an interview with BBC. Throughout the interview, Cook addressed the topic of the lack of women in the tech industry. On top of that, the CEO discussed EarPods, as well as the expected impact AR may have in the coming years. While speaking with BBC, Cook made...
Steve Vegvari
8 hours ago