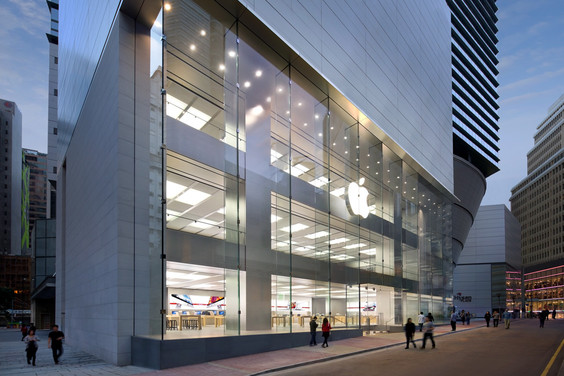 New Apple Stores opened this weekend around the world in China, Australia and Sweden. One of the most significant openings was the new store in Causeway Bay in Hong Kong. This stunning location’s front facade consists of 30-foot tall sheets of glass that provides a transparent look into the three levels of the store. The first two floors display Apple products while the Genius Bar occupies the top floor.

According to Cushman & Wakefield’s annual real estate rent report, Causeway Bay in Hong Kong (rent surged almost 35% in a year) surpassed New York City’s Fifth Avenue in terms of the priciest retail rent in 2012. At the price of $2,630 per square foot, this new store makes it the most expensive Apple Store to operate in terms of commercial rent. Fifth Avenue came in at $2,500 per square foot, an 11% increase compared to a year ago. Third place was the Avenue des Champs-Élysées in Paris, at $1,129 per square foot.

Even with these sky high rent prices paid by Apple, the company still makes the highest sales per square foot out of any retailer at $6,050, more than double of Tiffany & Co. in second place, according to data released by RetailSales in November. As Hong Kong is one of the shopping capitals of the world, I’m pretty sure this location is going to do just fine. 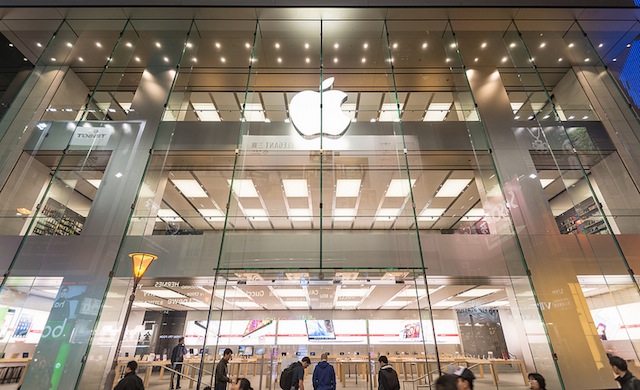 Below is a video from M.I.C. Gadget covering the grand opening of the new Causeway Bay Apple Store, the new flagship Apple retail location in the city. The first person in line was carried into the store by Apple staff when the doors opened: