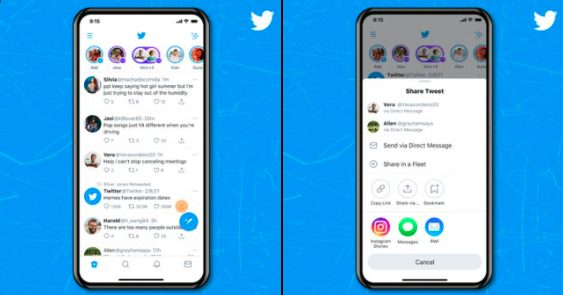 This will then redirect users to the Instagram app and into the Stories’ edit function. Users can then resize the tweet, add any text, gifs, and hashtags they see fit. They can then share it on Instagram.

Skip the screenshots –– sharing Tweets to Instagram Stories right from the share menu is now rolling out to everyone on iOS!

As Twitter Support notes, testing for this feature first began on iOS back in December 2020. Select iOS users were given the ability to share tweets as a sticker to Instagram. It now appears as though testing went over smoothly. The feature is now accessible once the latest Twitter software update is installed on your iPhone.

Currently, there is no word on when this function will be available on Android.