You may recall the British case that made waves a couple months back, as the judge ordered Apple to publish a notice in newspapers and on its website with a message clearing Samsung’s reputation of being an iPad copier. Now the case is back. Well, sort of. 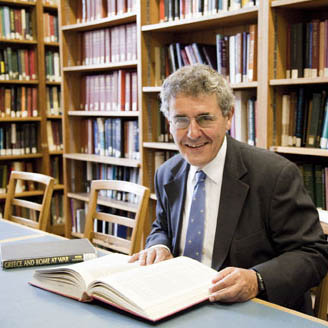 The judge handing down the initial ruling was Sir Robin Jacob, who retired from the Court of Appeal back in March 2011, but was invited to sit in the bench given his knowledge in patent laws. In a ruling on Apple’s first attempt to comply with the publicity order, the judge even noted a “lack of integrity”.

Now, in an interesting turn of events, this judge so concerned with integrity was hired by Samsung only four months after handing down a ruling that favored the South Korean company.

First spotted by Florian Müller of Foss Patents, his name appeared as part of Samsung’s expert team in the documents submitted by Samsung’s counsel yesterday in the ITC investigation of Ericsson’s complaint. You can read the main part of the letter below:


While Müller is sure that Sir Robin Jacob wasn’t paid or improperly promised to be paid while he was heading the Samsung vs. Apple case, and assuming there isn’t any risk of this conduct violating the law, it’s strange to see the same judge working for Samsung just four months later.

“It gives the impression that a judge who deals Samsung’s number one rival a huge PR blow, in a way that I found very extreme and unjustified, will be generously rewarded. For that reason alone, I think both Samsung and Sir Robin Jacob should not have done this. What would people say if Judge Lucy Koh, a few months after denying Apple a permanent injunction against Samsung, returned to private practice and was hired as an “expert” by Samsung in a German litigation with Ericsson? I guess there are written or at least unwritten rules in the United States that would prevent this from happening in the first place. In the UK it appears to be above board and accepted.”