US District Judge Lucy Koh ruled that, for now, former Apple, Google and other tech company employees cannot yet grant class action certification in a lawsuit that accuses companies of illegal conspiracy not to poach each other’s employees, reports Reuters. 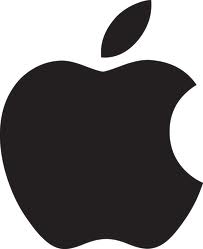 In a decision made public on Friday, Judge Lucy Koh said the plaintiffs couldn’t demonstrate they have been harmed by the claimed conspiracy between the aforementioned tech companies.

The judge, however, says she has seen a significant amount of evidence since hearing oral arguments on whether to certify as class, so she left the door open for the plaintiffs to seeks class certification.

As we previously reported, former employees of Apple, Google, Adobe, Intel, Pixar, Lucasfilm and Intuit accused these tech companies of violating the Sherman Antitrust Act and California’s Cartwright Act, as they had an agreement not to poach each other’s employees.

The NFL has announced that Apple Music is now the official partner of the Super Bowl Halftime Show. 2023's Super Bowl LVII will mark the first in which the Cupertino company replaces Pepsi in a multi-year partnership with the NFL. According to the NFL, the deal with Apple Music is focused on "bringing Apple's creativity...
Steve Vegvari
18 hours ago