Bell Is Violating the Telecom Act by Prioritizing Its Own Mobile TV Content, Complaint Claims 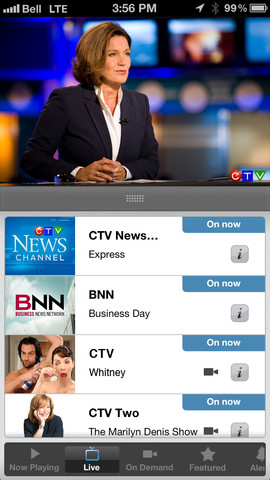 Big telecoms such as Rogers and Bell use different practices to prioritize their content in the video streaming marketplace, according to a complaint submitted to the CRTC by a University of Manitoba graduate student.

Focusing on Bell Mobility, Benjamin Klass noticed that the carrier was breaking the rules: Smartphone and tablet owners need to spend only $5/month to stream an equivalent of 5GB worth of data content available on Mobile TV. As a comparison: To get 5GB of data, Ontario users need to spend $40/month for tablets or $105/month for 6GB of voice and data for smartphones.

What’s the catch? Benjamin Klass points to it very clearly:

“I thought to myself, ‘Wait a minute, this isn’t TV, this isn’t broadcasting; this is the internet. And because they own the TV programming, they’re giving themselves a benefit that … your YouTubes or your Vimeos or your Netflixes — they can’t get this benefit,” Klass said in an interview with CBCNews.ca.

And what’s more interesting: Mobile TV users get better rates when exceeding their monthly quota than those who skip the app: $3/hour, or about 500MB of data. By contrast, a regular smartphone user who exceeds the quota gets charged $25/500MB. There is a $22 gap there.

“The size of the data caps that apply to non-Bell content services are wildly out of proportion to those applied to Mobile TV, dollar for dollar,” writes Klass in the CRTC complaint. “This disparity in data caps is tantamount to Bell reserving network capacity for its own content. Can there be any legitimate justification for such a practice?”

The explanation is pretty simple and straightforward: Bell has closed a deal with Astral Media, and currently 12 of the 43 channels available on Mobile TV are owned by Bell Media, a BCE subsidiary.

But Bell isn’t the only player prioritizing its own content. Both Rogers and Vidéotron have similar practices, giving an unfair advantage to their own content.

And these practices violate the Telecommunications Act, which prohibits carriers from giving their own services “undue preference.”

Rogers's claims that the company overpaid property taxes on its fibre-optic cables for the 2021 tax year by $2.2 million because of a B.C. Assessment error have been rejected by a B.C. judge — reports CTV News. The telecom giant was seeking an order of "mandamus," a legal term for a ruling that would require...
Nehal Malik
22 hours ago