Competition is a wonderful thing for consumers, especially when it comes to wireless rates for those in Saskatchewan and Manitoba, where regional players SaskTel and MTS put pressure on the ‘Big 3’.

Bell has launched a new promo Voice and Data Plus 70 plan in Saskatchewan, for the price of $70 per month. This plan includes unlimited anytime nationwide calling minutes and 10GB of data. For reference, the same plan would cost $145 in BC or Ontario ($60 voice + $85 data), more than double what residents in Saskatchewan are paying. 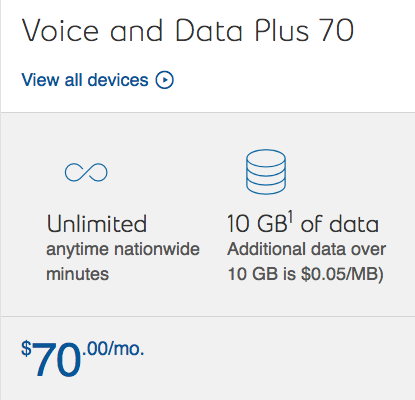 The promo plan offers shareable data and looks to compete against SaskTel’s Ultimate 75 plan, which offers unlimited nationwide calling and 10GB of data for $75 per month.

Let us know if you’re moving to Saskatchewan to jump on this (we’re packing our bags as we speak).