Looks like Bell has jumped into the Black Friday fun with a new promo for the iPhone 5. New users signing up for three year terms will receive a $100 in-store credit (towards the phone or accessories) when you activate an iPhone 5. This promotion is noted on the Bell website and goes until Monday:

In-store bonus: until November 26, get a $100 in-store credit when you activate an iPhone 5 on a 3-year term. Visit a Bell store for details. 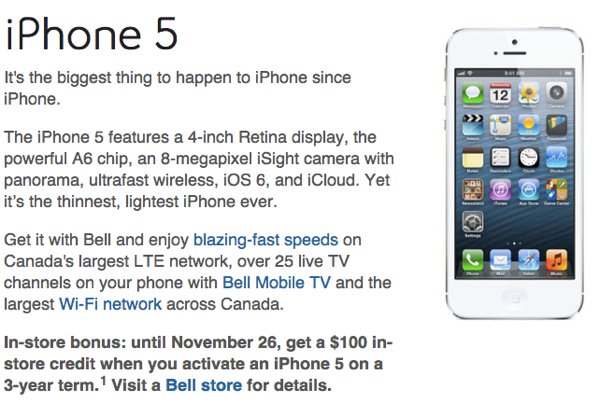 This matches the latest TELUS offer we first told you about which has the iPhone 5 for $100 off on three year terms as well. It’s only a matter of time for Rogers to jump into the foray, me thinks.