Back in 2013, Bell launched a program to collect customer data based on their internet surfing habits, to deliver advertising. 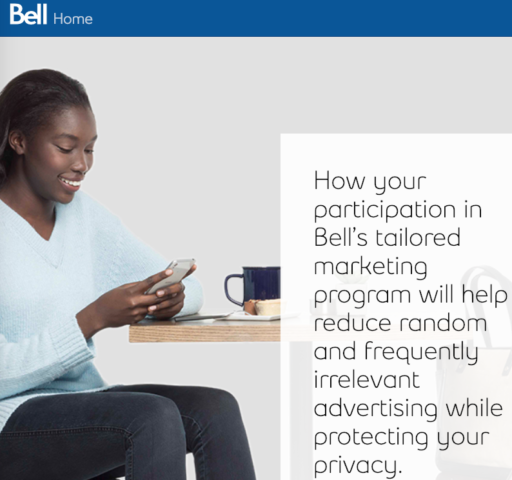 The Relevant Ads Program was eventually phased out in 2015 after the Privacy Commissioner of Canada ruled the advertising violated Canadian law, as it automatically opted-in customers.

Now, Bell’s current version of this ad tracking program recently asked customers last month to gain more access to personal information for improved “tailored marketing.” This data would arise from a Bell’s customers wireless or landline, internet, television, or anything related to Bell apps and the company’s affiliates.

The Canadian Press reports a notice sent out last month by Bell explained, “Tailored marketing means Bell will be able to customize advertising based on participant account information and service usage patterns, similar to the ways that companies like Google and others have been doing for some time.”

Bell says it wants to gain data such as a customer’s age, billing address, gender and specific devices used to access Bell services, on top of the “number of messages sent and received, voice minutes, user data consumption and type of connectivity when downloading or streaming,” for the sake of delivering more targeted ads. 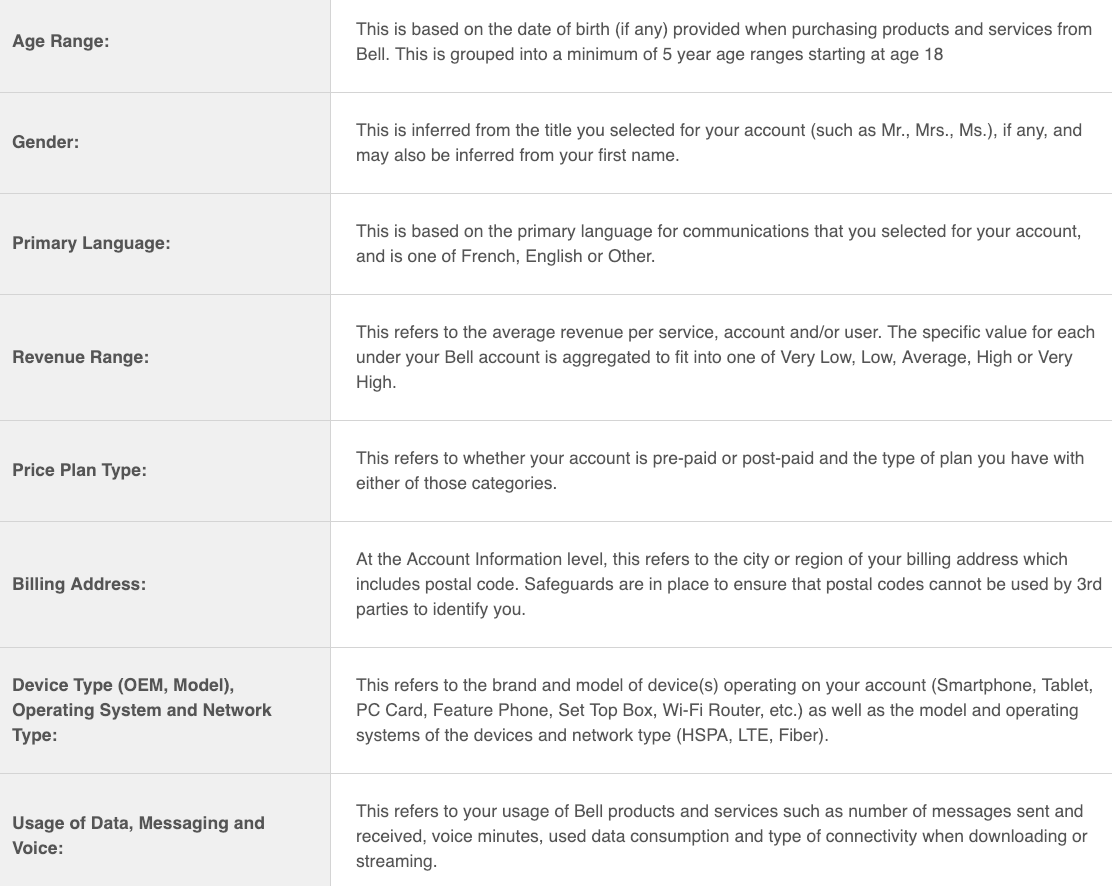 According to Bell spokesperson Nathan Gibson, he told the Canadian Press this advertising program requires customers to opt-in to join it.

“Bell is responsible for delivering the advertising we believe would be most relevant to customers who opt-in to the program, rather than the random online ads they would receive otherwise,” said Gibson.

Bell specifically stated foreign companies such as Google or Facebook who do the same marketing, “are not subject to the rules that we as a Canadian company must and do follow.”

As for the federal privacy commissioner, it told the Canadian Press so far no complaints have been filed regarding Bell’s new tailored advertising program.