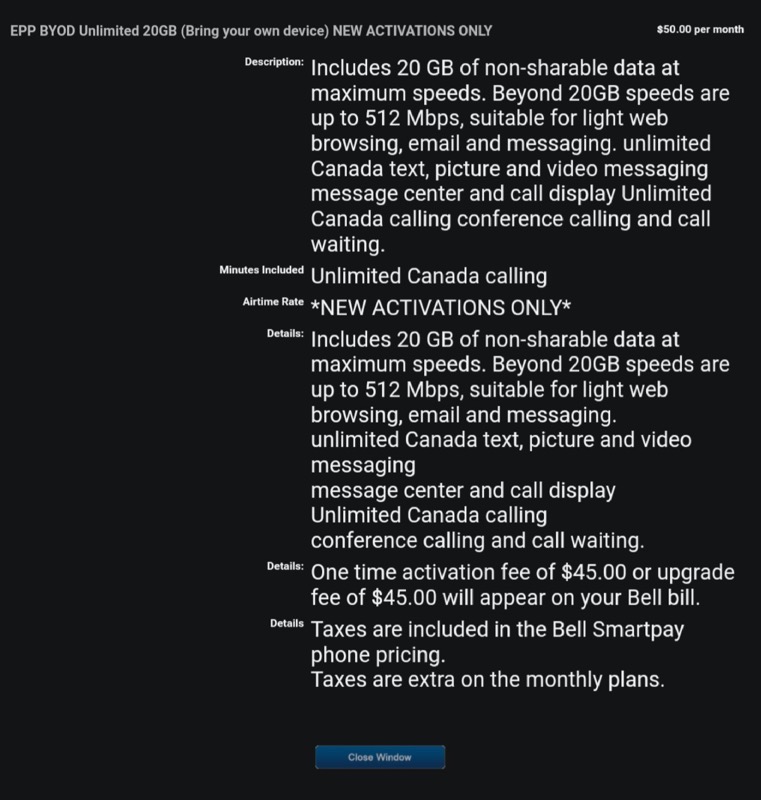 After Rogers launched a $50/20GB employee purchase plan (EPP) promo, this was matched by Telus. Now, Bell has jumped into the mix with its own $50/20GB EPP plan.

According to RFD this Bell EPP plan is again bring your own device (BYOD) only, while there is a $45 connection fee and is for new activations only.  The plan includes unlimited nationwide calling and text and the usual extras.

The 20GB of data is non-shareable. No data overages are incurred with this plan as once your bucket is over, speeds are throttled to 512 Kbps (there’s a typo in the image above), just like Telus and Rogers. This Bell plan offers access to 5G data networks with compatible phones such as an iPhone 12 or iPhone 12 Pro.