Bell has announced its Fibe TV and Internet service now has new hardware, plus expanded availability of its offerings in Manitoba. 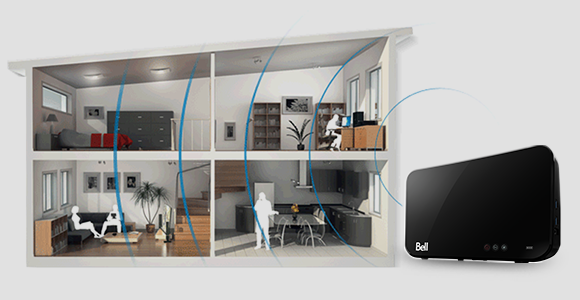 The new tri-band (5GHz x 2 and 2.4GHz) Home Hub 3000 modem/router has a dozen antennas, is capable of up to 1 Gigabit speeds, and is “three times” more powerful than the previous Home Hub 2000. There’s also a back-up which allows up to four hours of Internet use during a power outage. This new modem/router is available as part of an upgrade option priced at $7.99 per month or $199.95.

As for Fibe TV, the new Wireless 4K Whole Home PVR is being touted as the “world’s first fully wireless” 4K IPTV service, offering 150 hours of 4K recording, Bluetooth remotes and soon to include integrated Netflix in 4K (coming this fall).

Meanwhile, in a separate announcement, Bell and MTS announced northern transportation hub, Churchill, in Manitoba, is set to get broadband Internet. The area is known as the Polar Bear Capital of the World, plus an attraction to view the Northern Lights.

“Bell MTS is proud to contribute to the Churchill community. We plan to deliver world-class communications services throughout Manitoba, from more remote communities like Churchill to the largest urban centres, all of which will benefit from the social, economic and innovation opportunities enabled by advanced broadband networks like Fibe and mobile LTE,” said Wade Oosterman, Bell’s Group President and Chief Brand Officer.

As part of Bell’s recent acquisition of MTS, both plan to roll out Gigabit Fibe Internet to existing customers, along with Fibe TV and LTE wireless, as part of an additional $1 billion investment over five years.