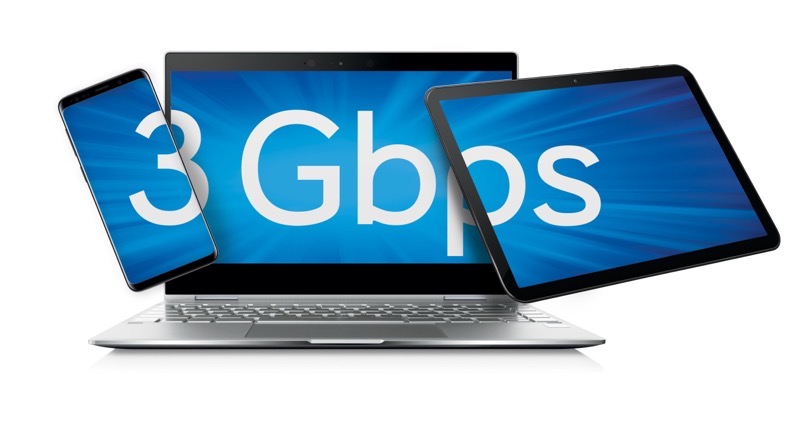 Bell announced on Wednesday it has launched 3-gigabit internet speeds in Quebec City. The service offers download and upload speeds of 3 Gbps from the company’s pure fibre internet service.

“Ten years ago, Québec City was the first city in Québec to have access to Bell’s fibre to the home technology, and today Bell is proud to introduce the fastest speeds in Québec to its citizens. Our customers can now get download speeds of 3 gigabits per second, 2 times faster than cable and upload speeds of 3 gigabits per second, which is 30 times faster than cable. We look forward to continuing to deliver the speed and reliability that our customers need so that they can do what they need to do online even faster,” said Karine Moses, Bell Vice Chair, Québec, in a statement.

Bell says it’s the first major internet service provider to offer these speeds in Quebec, noting the service is available now in “most areas of Quebec City” and will soon expand to more communities in the province.

Plans are available from $79.95 per month on contract and the pure fibre unlimited package includes its Home Hub 4000 with Wi-Fi 6.

Yesterday, Telus and Koodo announced they were waiving long distance and roaming charges to Turkey and Syria, following two devastating earthquakes affecting both countries. Today, Rogers/Fido and Bell/Virgin Plus followed suit, announcing they were waiving long distance calls and texts sent from Canada to Turkey and Syria. But these two carriers will not be waiving […]
Gary Ng
16 mins ago