Rogers unveiled their two-year iPhone 6s contract pricing in the early morning, and now Bell has done the same. As expected, prices are the exact same as Rogers on contract. Check them out below: 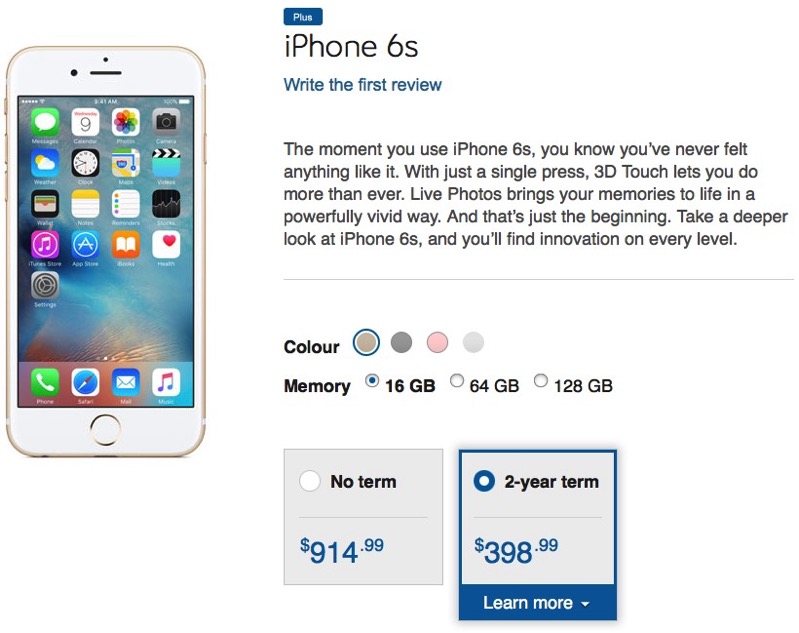 Now, I’m not sure who would want to buy a locked iPhone 6s outright from Bell (instead of buying unlocked directly from Apple), but their outright pricing costs more than unlocked phones from Apple, which start at $899 for the entry iPhone 6s.

iPhone 6s and iPhone 6s Plus pre-orders kick off tonight at 12:01AM PDT/3:01AM EDT online on Apple.ca, and carriers will most likely follow suit for pre-orders as well. TELUS, you’re next. Stay tuned!