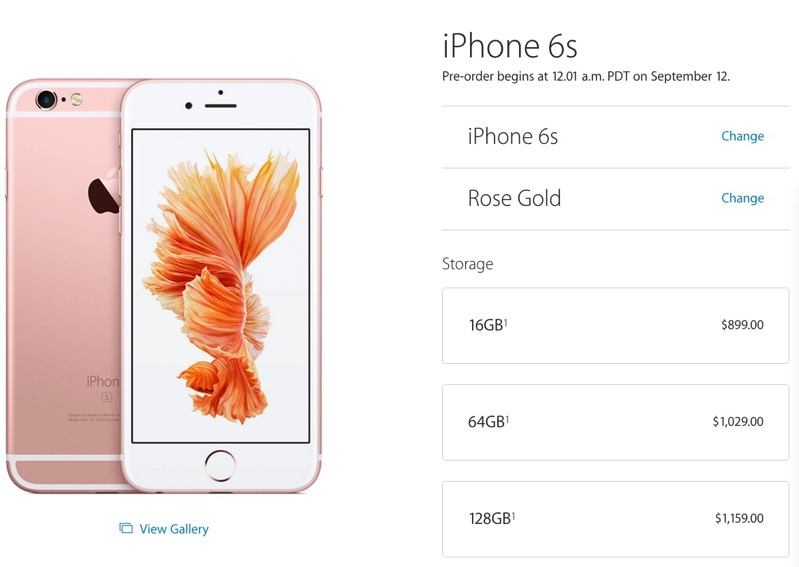 Compared to last year, the price jumped locally due to our now lower Loonie. Here are last year’s original prices for the iPhone 6 and iPhone 6 Plus, followed by the recent increase in the Spring:

Here was the price increase from this March:

Apple’s press release states Rogers, Bell, Telus, MTS and Sasktel will sell these right out of the gates on contract.

At least Canada gets to be part of the first wave launch, which takes place on September 25. Other countries include Australia, China, France, Germany, Hong Kong, Japan, New Zealand, Puerto Rico, Singapore, the UK and US.

Who’s buying an unlocked iPhone 6s or iPhone 6s Plus?