Rogers has released their iPhone 6s and iPhone 6s Plus contract prices. Due to our lower Canadian dollar, prices have increased compared to last year. Check out the 2-year Share Everything Plan prices below: 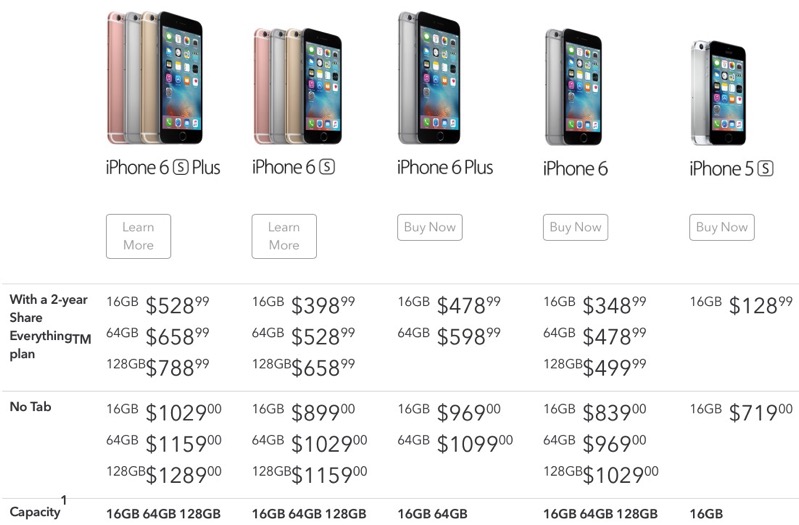 Due to our lower Canadian dollar, Apple adjusted their iPhone prices this spring, which also affected our carriers. Rogers had an iPhone 6 and iPhone 6 Plus price adjustment back in March: 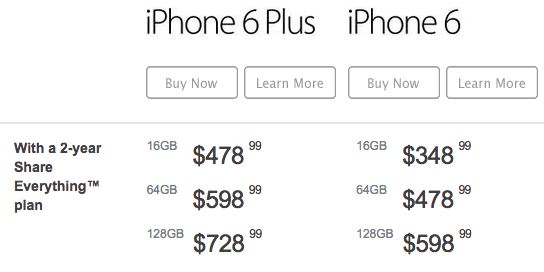 If we compare prices in March for last year’s models to the iPhone 6s, we’re seeing an additional $50 increase per model ($60 for 128GB). If you recall back to last fall, prices started at $265 for iPhone 6 and $375 for iPhone 6 Plus on contract. It’s not getting any cheaper to own an iPhone in Canada, eh?

As of writing, TELUS and Bell have not listed their contract prices yet, but expect them to be the same.

Earlier today, Rogers announced Wi-Fi calling would supported for iPhone users with an iPhone 5c or newer on a postpaid plan.

Let us know what you think about these updated prices!