The company said in a media release that pure fibre internet connections with symmetrical download and upload speeds of 8Gbps are now available in select areas of Ontario’s capital city. Bell claimed that the new service offers “the fastest Internet speeds available in North America.” 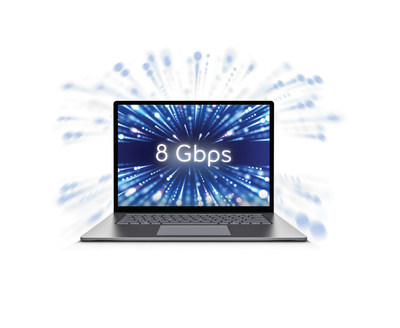 Furthermore, the national telecom operator also announced the debut of the Bell Giga Hub with Wi-Fi 6E, the latest and greatest in Wi-Fi technology, in both Ontario and Quebec.

“We’re excited that our customers in Toronto will be the first to experience Bell Fibe Gigabit 8.0 and the Giga Hub with Wi-Fi 6E so that they can enjoy the fastest Internet speeds and the best Wi-Fi technology in North America,” said Blaik Kirby, Group President of Consumer and Small & Medium Business at Bell.

“And we won’t stop here. We’ll continue to advance our commitment to deliver a superb Internet experience for our customers across our entire footprint.”

According to Bell, its Gigabit 8.0 service delivers download speeds that are five times faster than cable connections and upload speeds 250 times faster.

Ontario is only the first to get Bell Fibe Gigabit 8.0, as the company plans to expand availability over the coming months. As part of its aggressive fibre buildout, Bell plans to upgrade up to 900,000 more homes and businesses across Canada to direct fibre connections this year.

Eligible customers can subscribe to Bell Fibe Gigabit 8.0 for as low as $135/month, which includes a credit of $15/month for a two-year period. You can learn more about the service at Bell.ca.

Bell has been offering Gigabit internet in much of Canada since as early as 2015. The company launched 3 Gbps pure fibre internet connections back in April, boasting Canada’s fastest internet speeds at the time.