A Bell customer in Toronto took Bell to small claims court and won, in what some law contract experts are saying is a landmark “David vs. Goliath” case, and could pave the way for potential class-action lawsuits against the company. 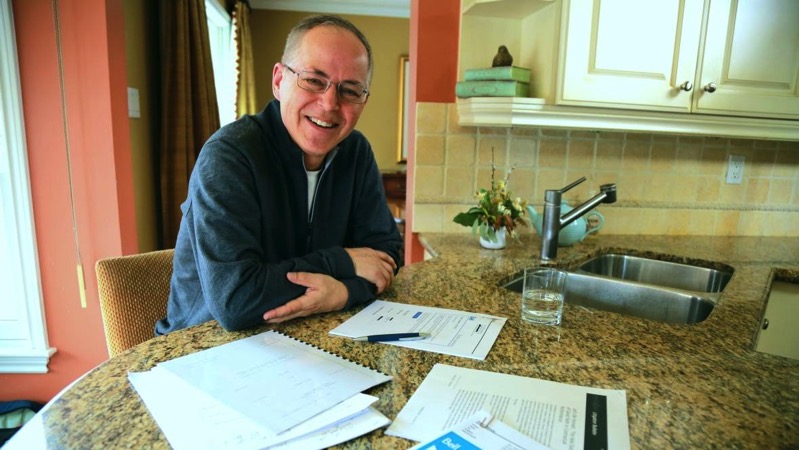 The case involving Toronto man David Ramsay was detailed by in a CBC Go Public report yesterday. It begins with Ramsay receiving a verbal offer from Bell over the phone, about a deal for Fibe TV and internet “for $112.90 a month for 24 months”, back in November 2016.

But when he received an email confirmation of the conversation, he was shocked to see a clause where it said prices were subject to increase by $5 per month, two months later.

Ramsay told CBC News, “I was stunned and appalled to find these buried terms in an email,” adding “I had a contract, and this ain’t that contract.”

He eventually consulted some lawyer friends for advice, and ended up taking Bell to small claims court over the issue, after a complaint with the Commission for Complaints for Telecom-television Services (the CCTS) said it was within the telecom’s right to increase its prices.

“Even though the dollar amount was small,” said Ramsay, “I got on my white horse and thought, ‘There’s a principle at stake here. Let’s take them to small claims court and see what happens.'”

Ramsay requested a transcript of his phone call with Bell, where the customer rep kept saying “Everyone has to pay those price increases”. This transcript turned out to be key evidence in his small claims court case.

Bell Attempted to Settle Out of Court–Twice

Prior to heading to court, Bell offered Ramsay $300 to drop his court case, but he declined. “I wanted a judge to rule on the merits of this case,” explained Ramsay. “And if I happened to win, I thought it’d be a useful case for others to know about.”

As they got closer to the court date, Bell again offered Ramsay money to settle, but this time at the amount of $1,000—plus the requirement to sign a confidentiality agreement. Ramsay again declined.

On March 19th, 2018, Ramsay headed to small claims court representing himself, along with his “smoking gun” phone transcript conversation with Bell. The key highlights from the transcript were:

“Your total cost for the 24 months will be $112.90 per month” and “You’re going to get an email confirmation of everything that was just discussed.”

Bell argued the emailed contract should be binding and the customer rep did not know about upcoming price increases when speaking to Ramsay. The telecom also said since Ramsay kept using Bell services, that meant he agreed to contract terms.

But Deputy Judge William C. De Lucia did not buy Bell’s arguments, ruling how the latter’s move to change terms after guaranteeing a verbal contract was “high-handed, arbitrary and unacceptable.”

De Lucia said Bell can increase prices, but not when a customer is in a monthly contract with a mutually agreed price. “To alter or change the terms, as Bell has requested,” said De Lucia, “would be grossly unfair, grossly prejudicial to the plaintiff and unconscionable.”

Bell was ordered to pay Ramsay $1,100 to cover damages, his time and other involved costs. The telecom declined to comment on camera to CBC regarding the ruling, but did say the customer service rep failed to inform Ramsay of upcoming price changes and are using the case “as a coaching opportunity.”

According to CBC Go Public, after contacting the CCTS about Ramsay’s small claims court victory, the organization said it would review their original decision, which favoured Bell.

Commissioner Howard Maker said “We are human,” adding, “So did we make an error? Maybe … we’ll do our analysis … and we’ll take appropriate steps.”

Ramsay says the CCTS should re-open and re-evaluate cases similar to his, after this decision.

Anthony Daimsis, a contract law professor at the University of Ottawa, said this “David vs. Goliath” case “should really make consumers feel very confident,” adding “Should they choose to all get together, instead of having to deal with these claims one at a time, they could probably make a very good case for one big class action.”

Daimsis says the small claims court ruling was “persuasive” and believe a higher court would rule the same, noting the judgment is a warning to all telcos in Canada.

“What it should signal to other outfits that are operating this way, is that this is not the way Canadian courts will accept how larger parties act with consumers,” added Daimsis.

Last month, an undercover investigation by CBC Marketplace revealed “repeated deception” by Bell sales reps, in their door-to-door soliciting in neighbourhoods in the Greater Toronto Area, where customers were told misinformation regarding Bell products and pricing.