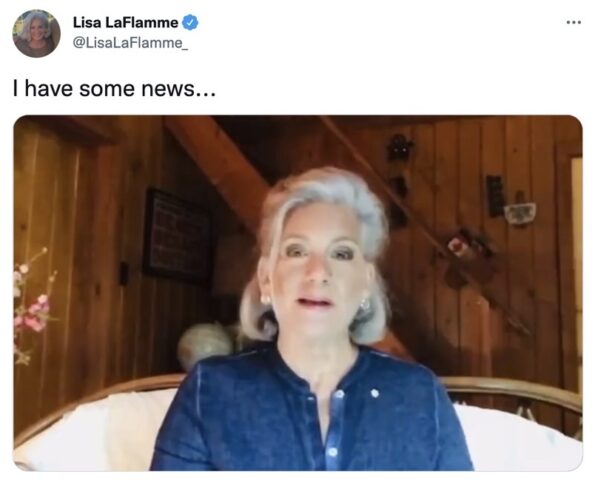 Bell Media kicked off Monday by announcing the sudden departure of high-profile CTV news anchor, Lisa LaFlamme. According to LaFlamme, she was “blindsided” by her ouster after a 35-year career with the organization.

The fallout from the sudden ouster of LaFlamme soon ensued and yesterday reached a high point when the Globe and Mail reported the CTV executive responsible for her firing—Michael Melling—allegedly questioned the anchor’s choice to let her hair go grey during the COVID-19 pandemic.

On Friday morning, Bell Media issued a statement on the removal of LaFlamme, saying “we’ve been dealing with a difficult and high profile change in recent days,” authored by Wade Oosterman, President of Bell Media and Vice Chair BCE and Bell, along with Karine Moses, Senior Vice President, Content, Development & News.

The company also said it “regrets that the way in which the news of her departure has been communicated may have left viewers with the wrong impression about how CTV regards Lisa and her remarkable career.”

Bell Media says they are also going to launch “an independent third-party internal workplace review of our newsroom, which will take place over the following weeks,” in regards to allegations of discrimination in the workplace and toxic behaviour.

Critics point out how anchor Lloyd Robertson was given an on-air celebration to end his career at CTV, but LaFlamme who replaced him, was not. An internal memo obtained by the Globe says LaFlamme was given a choice to come back to CTV to end her career publicly on air, but chose not to. Instead, LaFlamme made her own video announcement on Twitter, which has since racked up 4.4 million views.

After learning of her removal on July 29, LaFlamme was told to stay quiet on the news until Bell Media’s official announcement made earlier this week.

According to Canadaland, an audio recording obtained from Bell Media’s Thursday town hall, depicts both Melling and Moses facing tough questions from staff over the removal of LaFlamme, according to an abridged transcript of the meeting. A snippet is below:

Staff Question: (interrupts) – But with reference to Lisa, were there any other factors that made you think she wouldn’t align with the vision? Age? Hair colour?

Staff Question: So it had nothing to do with her age, her gender?

Karine Moses: Not at all. Seriously, I’m a woman. I’m a woman. I’ve been here for 25 years. And do you really think that I would fire a woman because she’s a woman?

Staff Question: So she was fired?

Karine Moses: That’s not what I’m saying. But you know what I mean.