Back in March of this year, Bell and its flanker brand Virgin Mobile increased the rates of its U.S. daily roaming plans.

Fast forward to today, and now it appears prices are increasing yet again for U.S. Roam Better and Virgin’s Roam Sweet Roam rates. According to Bell’s website (via MobileSyrup), a new footnote indicates the price is jumping from $7 to $8 per day, starting in December, just ahead of your US vacation: 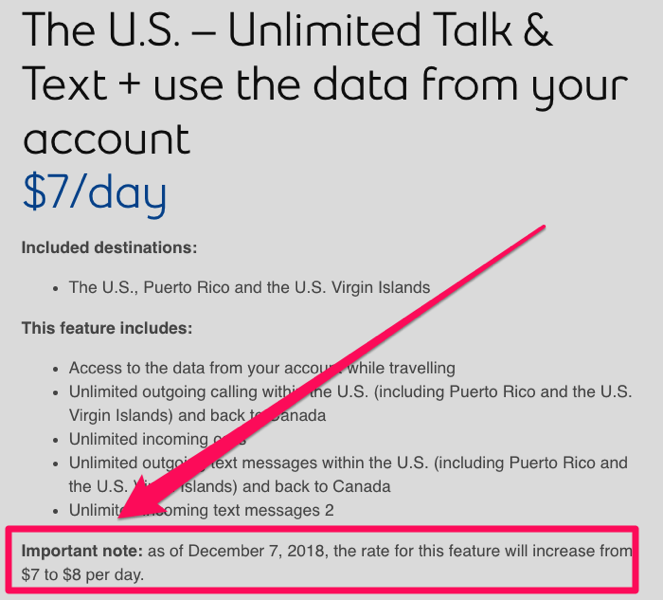 This $1 increase from $7 to $8 amounts to a 14.2% price increase; since March 2018 rates would have surged by 33%. This would mean Bell will have increased the price of its daily roaming rates twice in just nine months.

Telus flanker brand Koodo already announced to customers in August their U.S. Easy Roam rates had increased to $8 per day.

With Bell taking the lead to jack up prices for Roam Better, many wireless customers are probably wondering if Rogers/Fido and Telus are on standby to match this upcoming price increase (they’re still charging $7 per day).