The price of Easy Roam was $7 per day in the U.S. and $10 per day internationally. But since the launch 10 months ago, Telus has increased prices, notifying customers via text message. 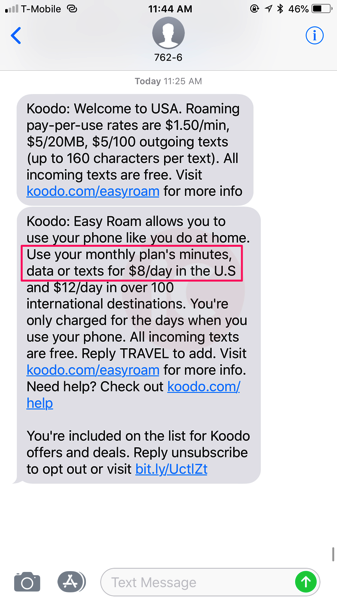 Currently, rivals Fido and Virgin Mobile charge $7 per day for their equivalent roaming option in the USA and $12 per day internationally. Bell/Virgin increased their roaming prices earlier this year, following a similar move by Rogers/Fido.

In order to subscribe to Easy Roam, customers must opt-in by replying TRAVEL to the incoming text message when they reach their travel destination, as the service is not automatic.