Bell revamped its plan structure quietly on the weekend to introduce new shareable plans, to align itself with similar offerings from Rogers and Telus. 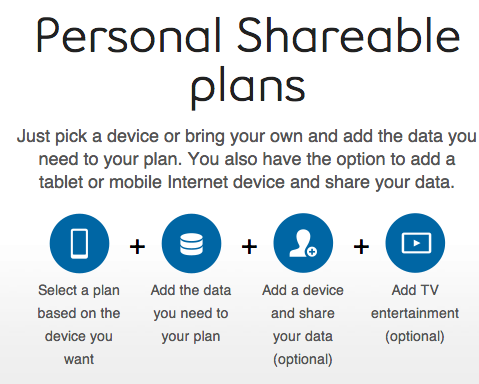 Ben Klass notes the Prairies now have pricing that is the same with the rest of Canada, whereas in the past its prices have been lower due to competition from regional carriers:

Notably, most of the favourably-priced prairie plans have been nixed. Bell is now offering prairie customers the same more expensive shareable plans it offers throughout the rest of Canada. Yesterday, 10GB from Bell in Manitoba cost $75. Today it’s up to $145.

As of Sunday, Bell’s new pricing is no longer competitive – Rogers, MTS, and Telus are all still offering considerably cheaper plans – for example, compare Rogers’ $65 unlimited talk, text, and 5GB data to Bell’s new 4GB plan priced at $110 (MTS has unlimited data for $60).

That’s a $70 increase on 10GB of data for those in Manitoba overnight, whereas Rogers and Telus still have their lower pricing structure in place, bringing us to question what the company is doing with these price hikes.

Below are the prices for Bell’s data plans in its nationwide shareable plans (region set to Manitoba):

…and here are the prices from Telus for BC (total per month):

…and from Rogers for BC: 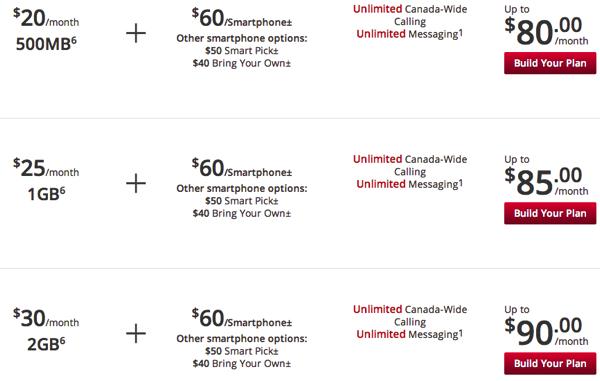 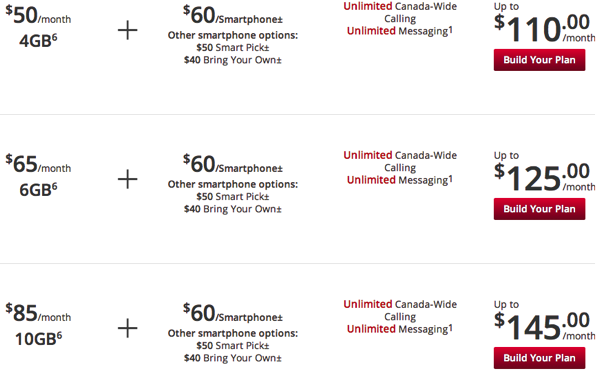 Will other carriers also raise prices to align themselves with Bell? Klass speculates two possible reasons for the the company’s moves in the region: a test to see if others will follow suit and jack up prices too, or a sign Bell may be giving up on the Prairies since their marketshare is small in the region.

Update April 8, 2014: Bell let us know their Manitoba and Saskatchewan promos are still available on their website, and they are working on making them more prominent: