Back in January, a Bell-led coalition of media companies created FairPlay Canada, a group currently urging the CRTC to create a website blocking plan to block piracy websites.

Naturally, opposition to the plan so far has been strong, as critics have slammed the proposal, citing it would violate net neutrality rules for one, on top of being a flawed idea to begin with. One fear is such a blocking plan would also end up over-blocking legitimate websites, as seen in other jurisdictions that have implemented similar methods. 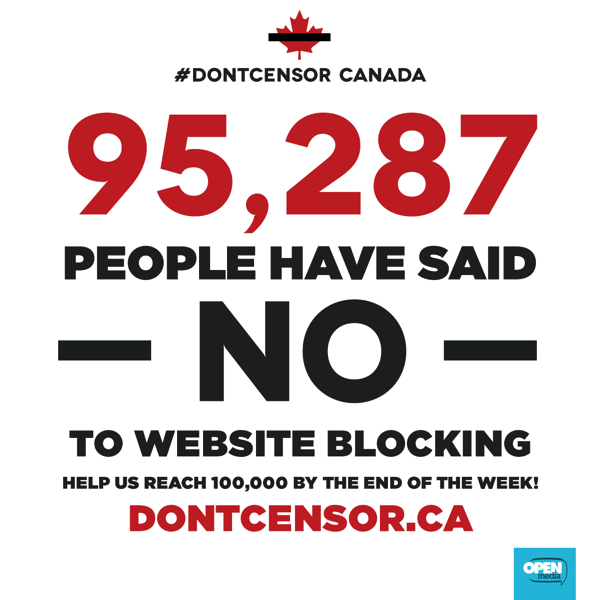 Vancouver-based non-profit OpenMedia, has created a website called DontCensor.ca, which enables Canadians to easily oppose the website blocking plan, by allowing users to submit comments to the CRTC with their form template.

There is also a website created called Unfairplay.ca which lets Canadians tweet directly to companies involved in this coalition, which also includes the likes of Rogers, Quebecor, Cineplex and the CBC.

OpenMedia updated Canadians yesterday on Facebook to say “Nearly 100,000 Canadians have spoken out against Bell coalition’s website blocking plan! Have you?”

The organization says it hopes to reach 100,000 by week’s end “to show the CRTC we say NO to this censorship proposal.” Canadians have until March 29th to submit a comment against the website blocking plan.