Bell Media’s CraveTV has announced it has signed a deal with Metro-Goldwyn-Mayer (MGM) to stream the entire 007 Collection, which means all James Bond films spanning over 50 years.

The collection features 24 films, starting with the 1962 debut film Dr. No, while the latest film Spectre will be added in 2017. Check out all the films available below: 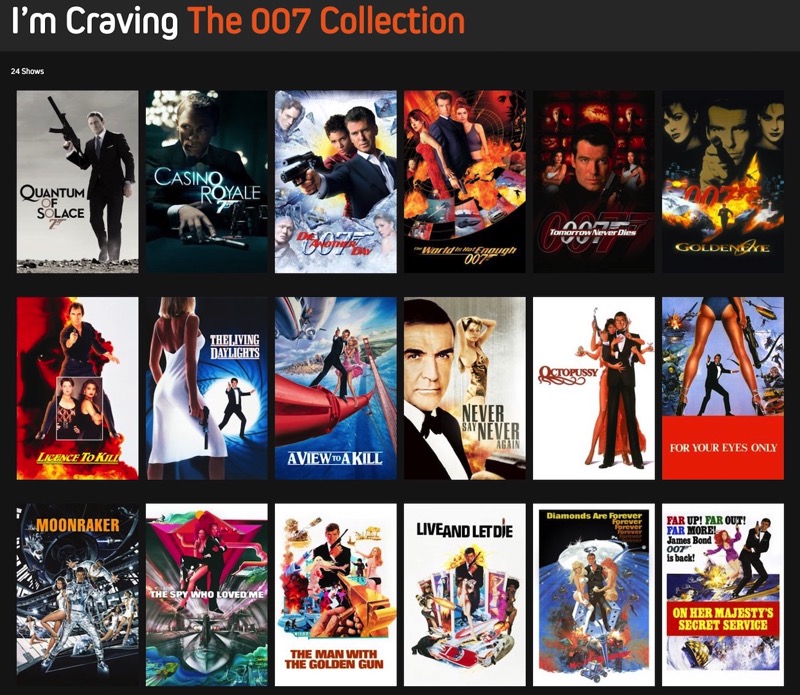 Competitor Rogers shut down its steaming service shomi last month, as their experiment failed. But Bell says CraveTV isn’t going anywhere, as it “continues to grow”, with its exclusive HBO library. The shutdown of shomi, according to Bell CEO George Cope, means CraveTV can now compete “more directly” with Netflix.

Anyone going to sign up with CraveTV now that the 007 Collection has been added? CraveTV comes with a one month free trial, then after it’s $7.99 per month.