One way to attract users to streaming content services is to create your own original shows, not available anywhere else. Netflix is the best example, as their original shows such as House of Cards and Orange is the New Black draw in new viewers by the hordes. 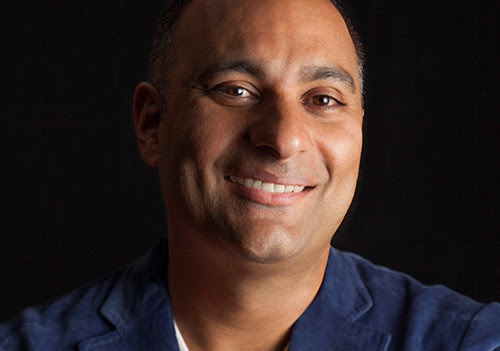 In Canada, Bell Media’s CraveTV, is set to expand their original content as they’ve announced Toronto’s Russell Peters is set to debut in his first scripted TV series, called Russell Peters is the Indian Detective. The show will be created by executive producer and writer Frank Spotnitz, known for his work on The X-Files, plus his original drama The Man in the High Castle made for Amazon, through his London-based company Big Light Productions.

The series will begin production this fall in 4K resolution, with shoots to take place in Durban, Mumbai and Toronto, and set to air on CraveTV in 2017.

Russell Peters, said in a statement to iPhone in Canada “I couldn’t be happier that my first leading role in a series will be on a show with not only my name in the title, but a show that lets me do drama and comedy at the same time,” adding “The fact that it’s actually set in Canada and India is an added bonus!”

Below is the synopsis for the show:

RUSSELL PETERS IS THE INDIAN DETECTIVE follows Peters’ Doug D’Mello, a charming, smart, ambitious Toronto cop of Indian heritage whose dreams of becoming a homicide detective are put on hold when he is unjustly suspended. While on leave, D’Mello visits his dad in Mumbai, where he gets embroiled in a local case and pursues an impressive and beautiful attorney. As a dangerous investigation unfolds, D’Mello must also grapple with culture shock in a country where, despite his heritage, he is an outsider.

The previous original series produced by CraveTV was LetterKenny, which debuted in February on Bell’s specialty channel The Comedy Network as well.

Sounds interesting, but I don’t know if I’d sign up for CraveTV, just for this. Pretty sure Peters will get a hurt real bad when he visits his dad in Mumbai (sorry, that line is so played out now). Anyone excited for this?