Time is running out if you’re looking to jump on Public Mobile’s $38/4GB promo plan, which offers unlimited province-wide talk, caller ID and voicemail. Since we switched from Fido, many, many of you have switched too since we posted our step-by-step tutorial.

Now, it looks like Virgin Mobile (Bell) has launched a promo of their own to stop customers from switching over to rival Telus-owned Public Mobile.

According to RFD, Virgin has launched an identical $40/4GB promo for customers in B.C. and Alberta only, until Monday, November 21st, for new activations only. 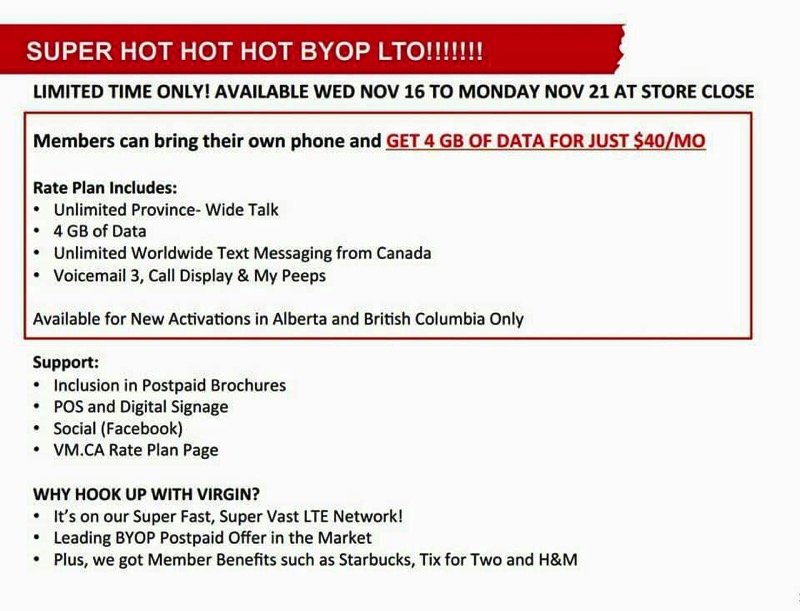 It’s interesting Virgin won’t let existing customers jump on this plan, and is limiting it to BC and Alberta. Public Mobile runs on the Telus nationwide LTE network—which is shared with Bell, by the way.

Let us know if you’re going to jump onto this Virgin Mobile promo or stick with Public Mobile. There is no auto renew discount so it looks like Public Mobile wins out here, along with the latter’s loyalty discount which takes $1/month off your plan the longer you stay with them (up to $5/month in year five).

Public Mobile takes a couple business days to ship out their SIM cards, so order yours today and you may get it by Friday if you’ve been procrastinating. You’ll need their SIM card to do the self-port online.