With the recent tweak of the Fido $39 per month plan to include 600MB of data, it was matched as expected by Koodo and Virgin. However, the latter has now launched a new $45/month plan which squeaks in between the $39 and $60 plans to offer the following: 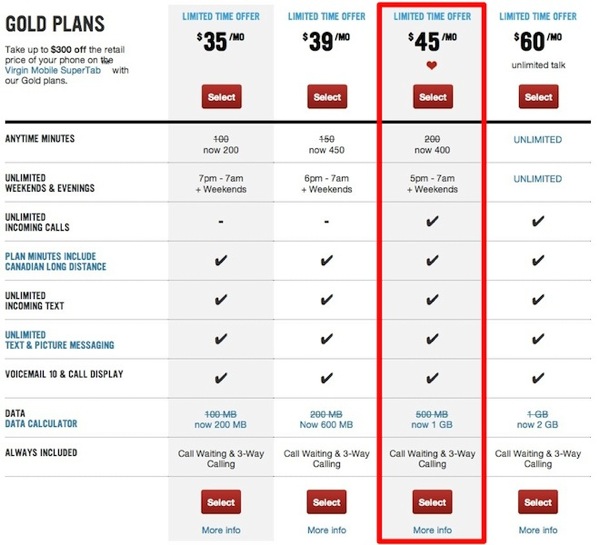 If you bring your own device (such as an unlocked iPhone), you get 10% off your monthly bill, bringing this plan down to $40.50 plus taxes, which makes for a very decent deal if you are able to stick to 1GB of data per month.

You should be able to call in and make the switch to this plan. Let us know if you’re going to jump on this!