Virgin Mobile has revamped some of their plans, as right now some plans have gained more data, while dropping in price and some others eliminated.

iPhone in Canada reader Cyrus explains his $115/5GB Platinum Plan from this summer, has been changed to a $110/6GB plan, a discount of $5 per month while gaining an additional gigabyte of data.

Here are some changes we’ve noticed compared to previous plans from November 30, 2016:

BYOP plans saw the elimination of the following 5GB and 7GB offerings:

Gold plans are the same except there’s a new $90/4GB option. 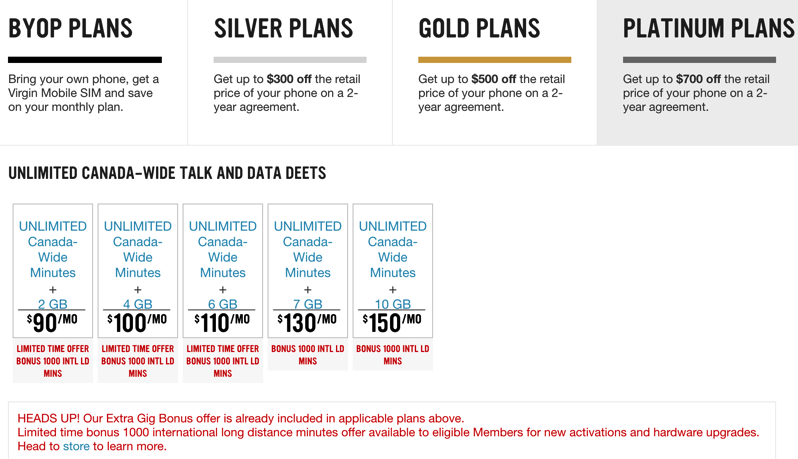 Anyways, if you’re on a Virgin Mobile contract, check the website and see if plan details have changed under your subsidy tier. If you see something better, call in and make the switch.