Virgin Mobile Promo: 2 for 1 Cineplex Coupons are Back August 16th

Virgin Mobile offers perks for their customers through their My Benefits iOS app, and one popular reward is coming back in less than a week: 2 for 1 Cineplex movie coupons.

The company says “Whether you’re a Rom-Com Romeo or a drama diva (or little bit of both), we’re hooking you up with date night for less dough with 2-for-1 tickets at Cineplex Theatres.” 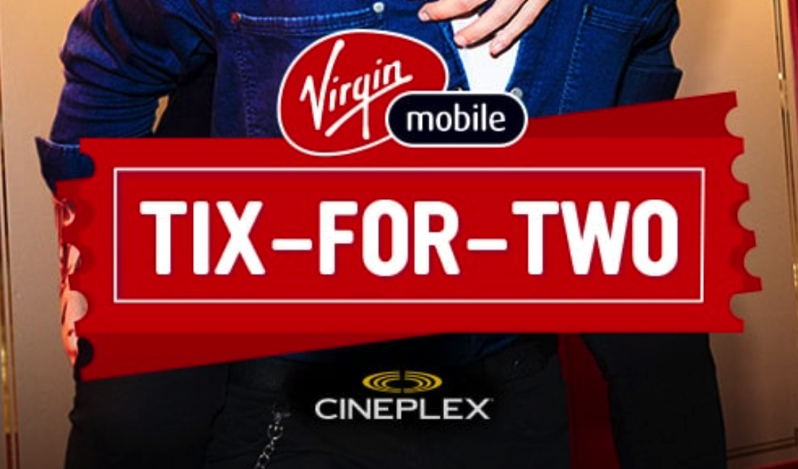 The movie perk launching on August 16, 2018, will offer one promo code per Virgin Mobile member every two weeks, applicable for a general admission ticket. These 2 for 1 promo codes are valid for showtimes from Sunday to Thursday and expire on December 13, 2018.

Virgin Mobile says “grab your partner in crime (or love), your promo code and hit the town with Tix-for-Two.”

If you happen to lose your promo code, Virgin Mobile says you can recover it by re-entering your details, as codes will then be re-sent to you via SMS.