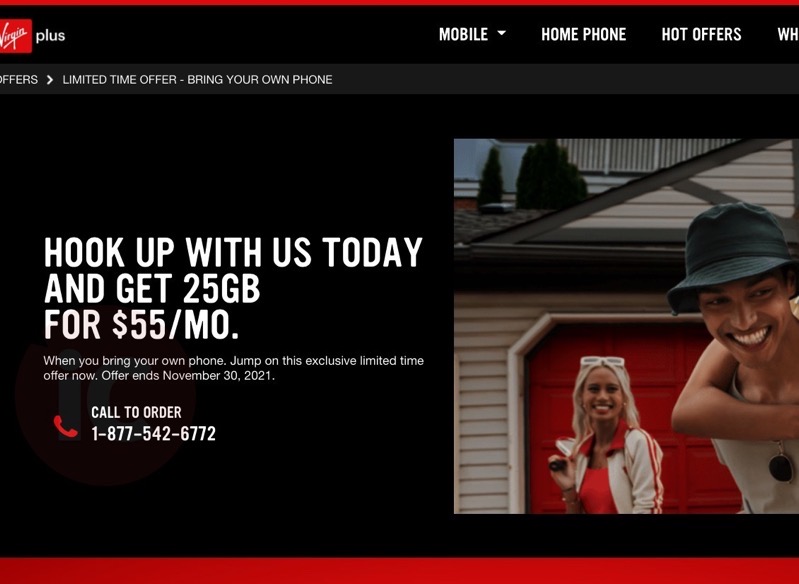 Virgin Plus is offering up some special promo plans, but only for customers in Ontario and Quebec.

According the Virgin Plus website, it’s offering a $55/25GB plan in Ontario for bring your own phone users. “Jump on this exclusive limited time offer now. Offer ends November 30, 2021”, reads the website.

Many did say the promo website quickly reverts to the standard $50/10GB offering if you’re outside of the province. But you can check our screenshot above of what the promo page looks like before it changes to the default special offers screen.

Again, some users were able to get the plan by calling in, while some weren’t. It’s likely Fido and Koodo may match these plans if they stick around long enough until Black Friday.

Bell Canada today announced its unaudited financial results for the fourth quarter and full year ended December 31, 2022. For its wireless business, Bell reported $2.666 billion in operating revenue for Q4, an increase of 7.7% year-over-year. The company also beat its Q3 2022 wireless revenue of $2.466 billion. For 2022 as a whole, Bell...
Nehal Malik
4 hours ago