“The second part of the Communications Monitoring Report provides a clear indication of where the Canadian telecommunications system is heading. As more Canadians are subscribing to faster Internet speeds and using smartphones and tablets, they are able to participate more actively in the evolving digital economy,” Jean-Pierre Blais, CRTC Chairman said.

More and more Canadians can access fourth-generation LTE wireless networks: While in 2013 “only” 81% had access, this jumped to 93% in 2014, according to the CRTC report. This also pushed wireless data usage up 15% as Canadians adopted different apps, services, and other data-intensive activities. Here’s an interesting tidbit: Canadians with a smartphone or tablet used an average of nearly 1 GB of data per month.

When it comes to telecommunication industry revenues, the CRTC report sheds light on where the money goes: The industry is dominated by 10 large companies that collectively, with their affiliates, accounted for 93% of all revenues in 2014, while the remaining players grabbed less than $3.3 billion of these revenues.

The top 10 groups/entities are facilities-based service providers, meaning that they own and operate the transmission equipment required to provide telecommunications services. Of the remaining groups/entities, the vast majority are resellers.

To read the report in full, head over to the CRTC’s website by following this link. 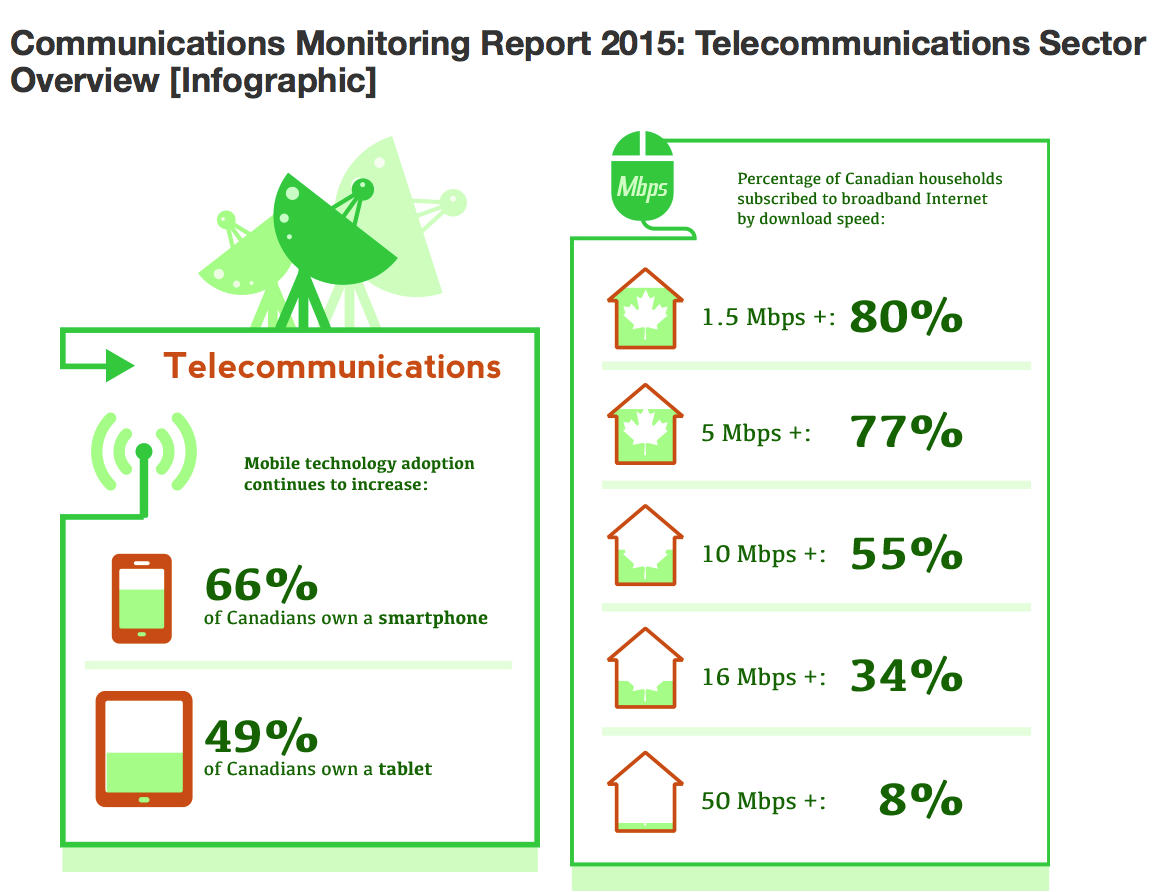