Canada’s Mobile Networks Not As Fast As Expected: OpenSignal

I think you’ve heard plenty of times from carriers that Canadian wireless subscribers enjoy (for example) the second-fastest average 4G speeds in the world. Well, they might be fast, but when compared to other wireless networks in the world, well, the reality shows a completely different picture. 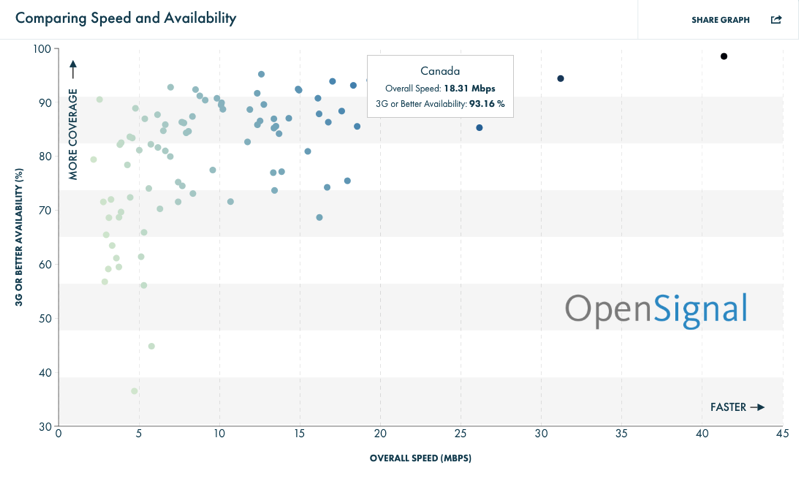 As it turns out 3G has definitely taken hold in most countries, as 93 had 3G or better signal availability more than half the time. 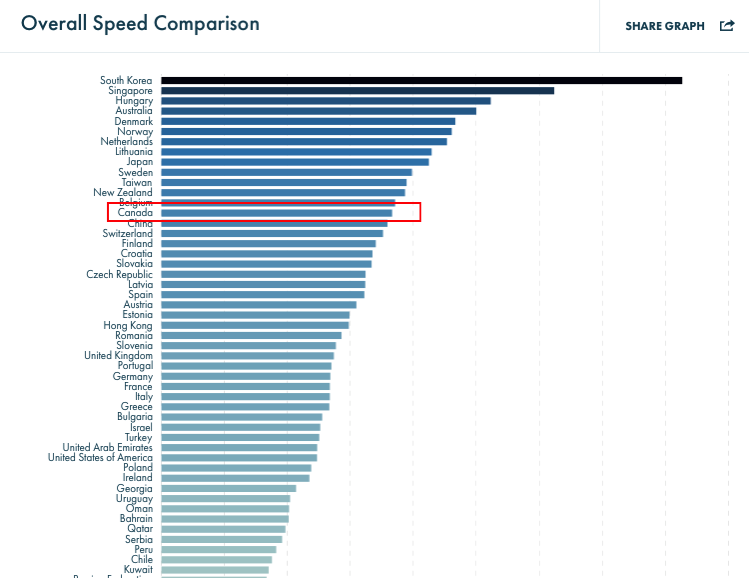 The surprise element came when OpenSignal started measuring the actual mobile data speeds the carriers across the globe provide to customers. Forget about theoretical speeds, this is hard data collected from OpenSignal users, hence they give you a glimpse of the real customer experience. Maybe this is a chart Canadian carriers should study more often, as Canada, with an overall speed of 18.32 Mbps, didn’t make it into the top 10 countries. At the top we once again find South Korea, with an overall speed of 41.34 Mbps, followed by Singapore (31.19 Mbps) and Hungary (26.15 Mbps). 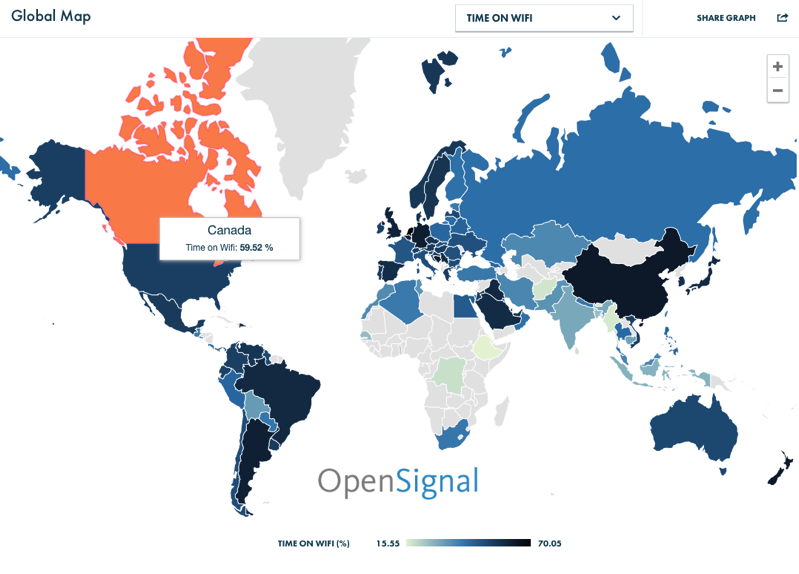 You can access the full OpenSignal report by following this link.