The rollout date for the Canadian cellphone alert system is estimated to be at least two years away, according to Kurt Eby, a spokesman for the Canadian Wireless Telecommunications Association (CWTA), reports the Globe and Mail. 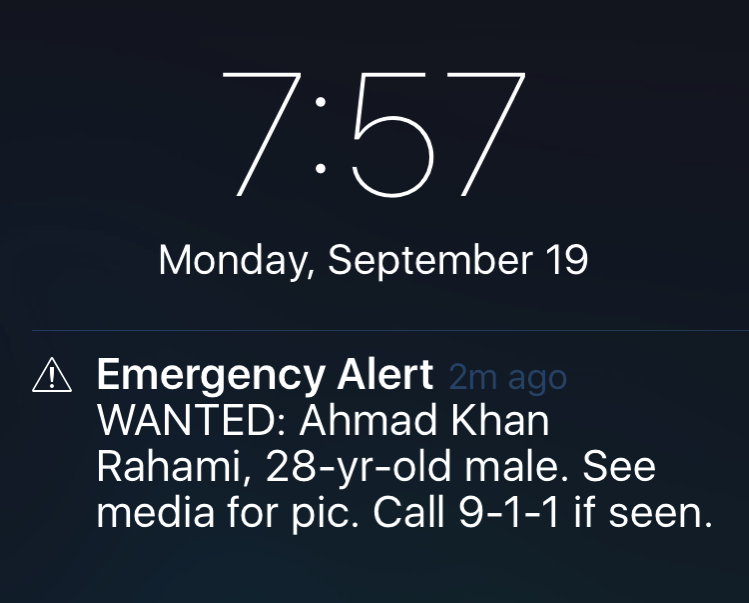 Meanwhile, for some reason, the system is already working in the US. The latest alert was sent just this week: New Yorkers received an unprompted alert saying, “WANTED: Ahmad Khan Rahami, 28-yr-old male. See media for pic. Call 9-1-1 if seen.”

The cellphone alert system is used to warn users about severe weather, missing children or suspected terrorists. The system was launched in the US in 2012 and since then has been used thousands of times. Of course, it has its own problems: Since it is based on text messaging standards, it doesn’t have the capacity to display pictures.

While the US government is after enhancing the system, the Canadian regulator, the CRTC – which, by the way, has been mulling over an alert system for years – still faces a dilemma: Should it implement a text-based cellphone alert system or wait a bit longer so as to be able to build a system based on more modern mobile networks?

The CRTC is currently working with Ontario officials on a pilot program in the Durham Region, east of Toronto. It is taking the go-slow approach, which could get the best results, thanks to the modern networks. One of the features mentioned by Eby is using the phone’s GPS, which would enable a more targeted approach. But, anyways, that’s (light years … err …) at least two years away.

Bell Canada today announced its unaudited financial results for the fourth quarter and full year ended December 31, 2022. For its wireless business, Bell reported $2.666 billion in operating revenue for Q4, an increase of 7.7% year-over-year. The company also beat its Q3 2022 wireless revenue of $2.466 billion. For 2022 as a whole, Bell...
Nehal Malik
16 hours ago

Rogers today announced its unaudited financial and operating results for the fourth quarter and full year ended December 31, 2022. Overall, Rogers reported a total of $4.16 billion in revenue for Q4 2022, up 6% year-over-year from Q4 2021. Quarterly service revenue was also up 6%, to $3.43 billion. For the entirety of 2022, Rogers posted...
Nehal Malik
18 hours ago