Victoria, B.C.-based Tutela is an independent crowdsourced data company, and its latest Global State of Mobile Experience annual report for 2021 has Canada’s wireless carriers ranked outside of the top 30 when compared against others worldwide.

The latest report has “analyzed the experience mobile users receive across the world both in terms of overall mobile experience and video experience,” says Tutela, noting it has highlighted the top 30 countries and wireless operators in each category.

Tutela says “over two billion network performance tests were taken by crowdsourcing from over 830 million mobile users globally,” to produce its annual report, which focuses on overall mobile experience and not just pure download speeds. Tutela says its metrics measure how often a wireless carrier’s network can deliver performance that can allow for video calls, gaming, responsiveness and reliability.

Canada’s incumbent carriers, Rogers, Telus and Bell frequently tout how superior their networks are in speed tests and other metrics. However, in Tutela’s tests, all three failed to make it into the top 30 global operators ranking, which was led by TDC Net in Denmark. 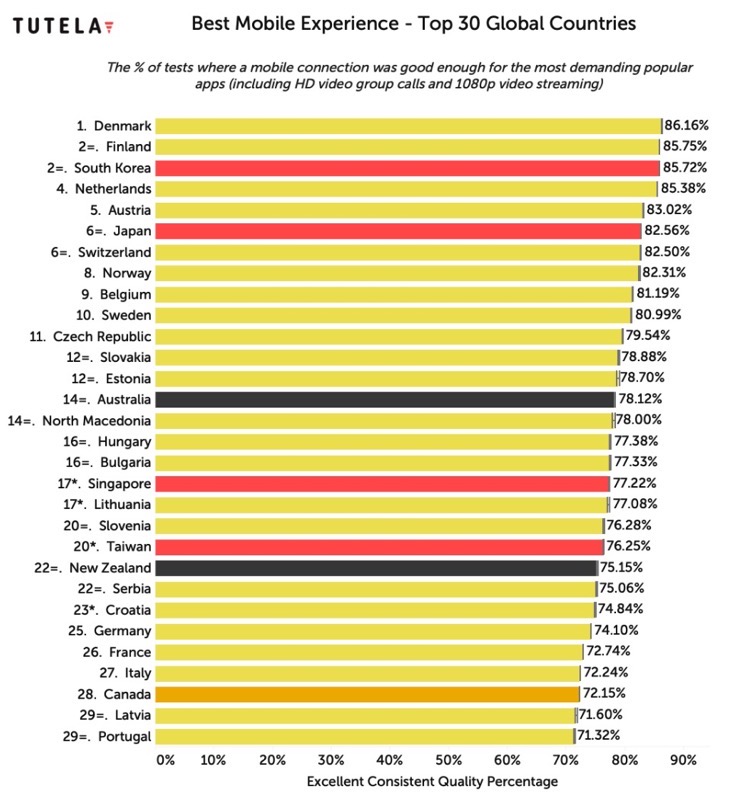 When it came to the top 30 global operators, no wireless carriers from Canada made it onto the list: 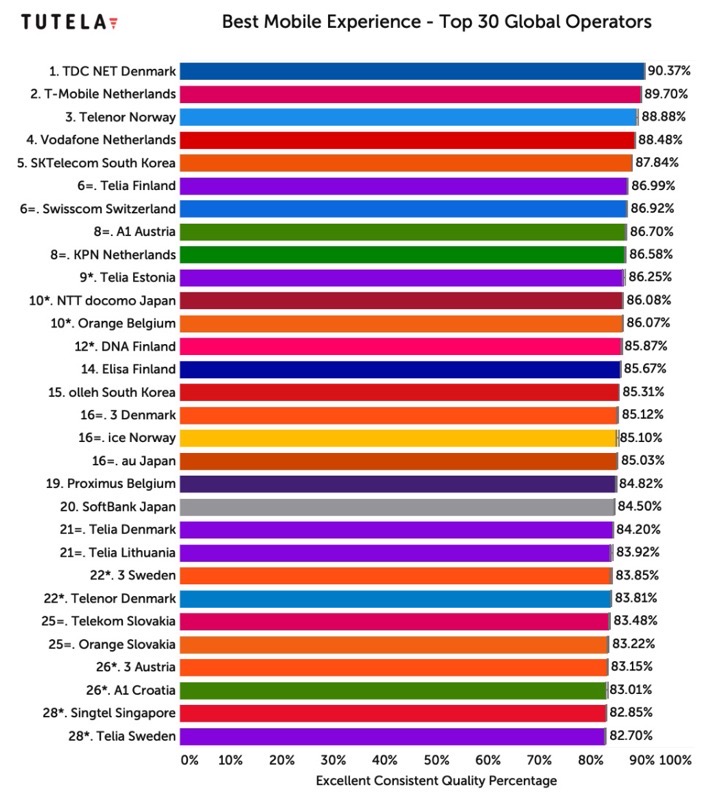 A recent report from Finland-based Rewheel noted Canada continues to have some of the highest wireless prices in the world, detailing how 100GB of data costs 13x more in Canada, than it does in France.

If you take this report from Tutela into consideration, it suggests not only are Canadians paying some of the highest wireless prices, but network performance doesn’t dominate when compared on a global scale.

The Canadian Wireless Telecommunications Association, a lobby group representing telcos in Canada, recently concluded in a PwC report Canadians have $948 per month in “consumer surplus” from wireless services.