The next Canadian federal election takes place in just a few days on October 21, 2019. Where do Canadian political parties stand when it comes to cell phone affordability, internet access and more?

Non-profit and consumer advocacy group OpenMedia has shared some good summaries and graphics detailing what the policies are of the Conservatives, Greens, Liberals, and NDP, regarding the following issues:

For cell phone affordability, the Conservative party did not mention any details in their election platform, while the Green Party wants to increase competition by amending CRTC regulations and also separate phone payments from other services.

The Liberals want to cut cell phone prices by 25% by working with telecoms, while also opening up the market to MVNOs and setting aside future wireless spectrum for new entrants. 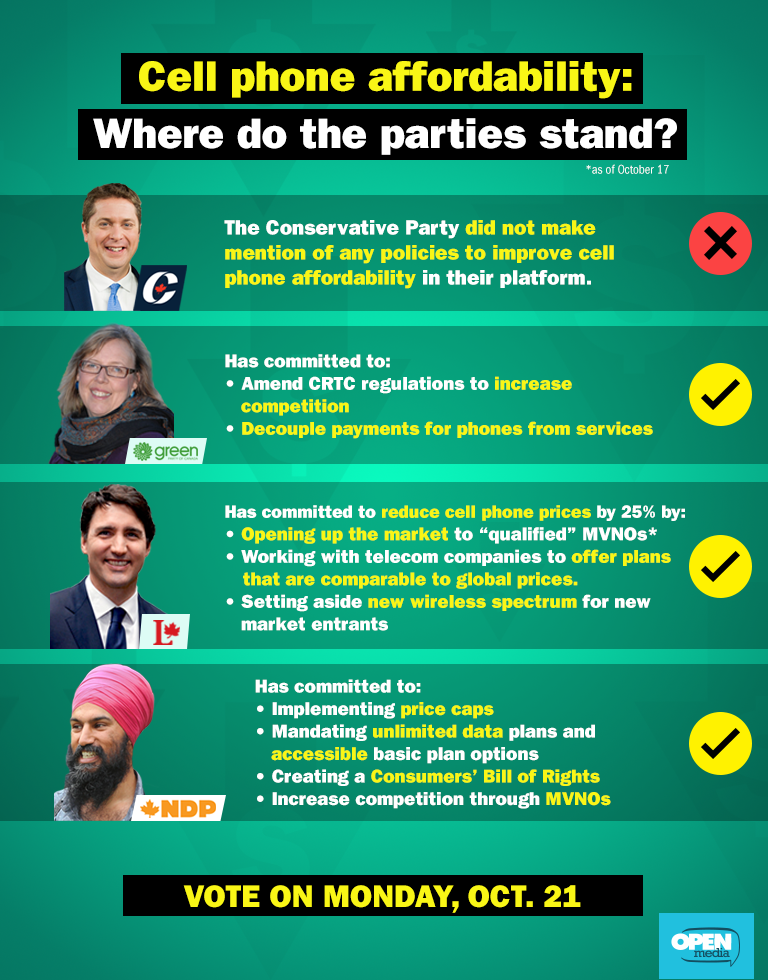 You can learn more and educate yourself by visiting OpenMedia’s page summarizing issues here.

According to Elections Canada on Wednesday, advance polls—which opened last week—saw 4.7 million Canadians cast their ballots in four days, a 29% increase from the 2015 federal election.

The Canadian Radio-television and Telecommunications Commission, the country’s broadcasting and telecommunications regulator, announced on Monday morning its website and phone lines are down for the count, in what appears to be an unscheduled outage. “Please note that our website, its related applications and phone lines are temporarily unavailable, we will update you as soon as […]
Gary Ng
5 hours ago