June 3, 2015, marks a significant milestone in the history of Canadian wireless telecommunications: It is the day that all three-year wireless contracts will reach an end, as the wireless market finishes its transition to (the more lucrative) two-year contracts. So in order to preserve transparency in how it handles complaints, the CCTS published a statement on Wednesday outlining its interpretation of the wireless code (via the Globe and Mail). 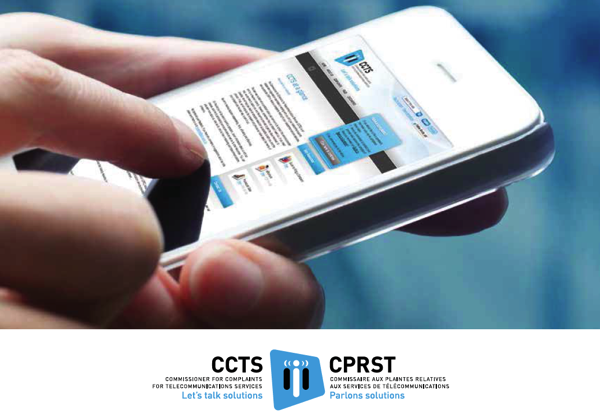 “The messaging to date has not been entirely consistent from carrier to carrier. They have interpreted what’s going to happen on June 3 in their own ways and not all of them are on the same page on this yet,” Howard Maker, chief executive officer of the CCTS, said in an interview. “Part of our objective was to go out publicly with this information and try to get everybody on the same page and explain what our expectations are.”

Next week’s deadline will affect two main groups of customers: those locked into three-year contracts before when the Wireless Code was announced (June 3, 2013), and those who signed a three-year contract between June 3 and December 2, 2013, when the code came into effect.

“The code applies automatically, but what that means and what the consequences of that are for customers on three-year plans, that’s really been the issue,” Mr. Maker said.

“We’re making it clear that if you have an unexpired three-year plan and it has run the 24 months in which the code requires the fees to go to zero, then you’re good. [The cancellation fee] is going to be zero. And those would be contracts entered into before the code was announced on June 3, 2013.

“In a perfect world, carriers will look at this and say, ‘Okay, this is the expectation,’ and they will govern themselves accordingly. But the reality is not everybody always sings off the same song sheet and there may be situations in which we’re required to become involved,” he added.

So, what the Wireless Code means is that starting June 3, 2015, every Canadian customer who was locked into a three-year contract which has the 24 months the code requires for the fees to go to zero is free to shop around for another plan or another carrier if they want.

It’s important to note that if your contract hasn’t run the necessary two-year period, you will still have to pay an outstanding early-cancellation fee. The CCTS has provided a formula to help you calculate that fee.

To find out the amount of subsidy since the contract was signed, you divide it by 24 and multiply by the number of months you were locked into the contract. What you will be forced to pay is the difference between the total value of the subsidy and the previous result.

The CCTS has a different formula for those without a device subsidy. They also qualify for no cancellation fee if 24 months have passed since they signed up for the contract.

Torontonians and experts are once again calling for Rogers, Bell, and Telus to provide underground cellular service on the Toronto Transit Commission (TTC) subway amid an uptick in violent incidents, including stabbings, armed robberies, and assaults, on the line in recent months — reports CityNews Toronto. In 2012, BAI Communications won a 20-year, $25 million...
Nehal Malik
14 hours ago