The day Canadians have been waiting for has finally arrived: cellphone unlocking is now free in Canada, as devices must also be sold unlocked as well.

This is all thanks to the CRTC Wireless Code, as new enhancements have gone live. Gone are the days of paying $50 to your wireless carrier to unlock your iPhone or other cellphone. 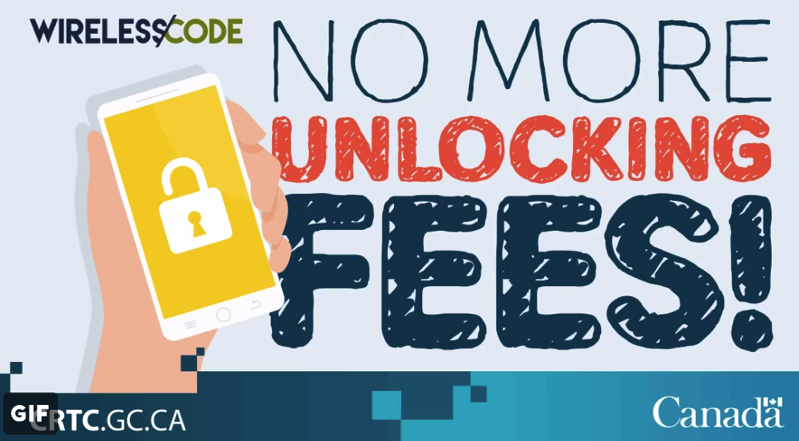 Here is what you need to know about today’s December 1, 2017 changes:

Note that Rogers and Telus recently asked the CRTC for extensions in late November for applying these new Wireless Code enhancements. Both companies are citing shared accounts make it difficult to apply the code in time since billing systems will require updates, asking for extensions into spring of 2018.
In 2016, wireless carriers generated $37.7 million in unlocking fees, from 943,000 requests to unlock devices. As of today, that unlocking revenue is gone for carriers, and some customers suspect prices may increase elsewhere to make up for lost revenue.
With all cellphones capable of being unlocked free of charge now, customers will no longer be tied down to a specific carrier, as they have in the past.
If you need to get your phone unlocked, contact your carrier for details. Let us know how the experience goes (they will be busy). Read more about the CRTC Wireless Code here.

Industry, Science and Technology Minister François-Philippe Champagne wants concrete commitments on cellular service affordability from both Rogers and Quebecor before he approves the transfer of Shaw-owned Freedom Mobile's licences to Vidéotron, which will allow Rogers' proposed $26 billion takeover of Shaw to proceed — reports The Globe and Mail. According to the publication's sources, Minister...
Nehal Malik
5 hours ago