Back in March 2018, the CRTC called for Canada’s Big 3 wireless players to offer cheaper, data-only plans for Canadian consumers.

Rogers, Telus and Bell obliged and previewed their lower-cost data-only plans, which started at $25 for 400MB of data.

The revised proposed plans were to be implemented within 90 days and be available by April 2019. Critics recently slammed these prices as a “joke”, citing they are unreasonable offerings. 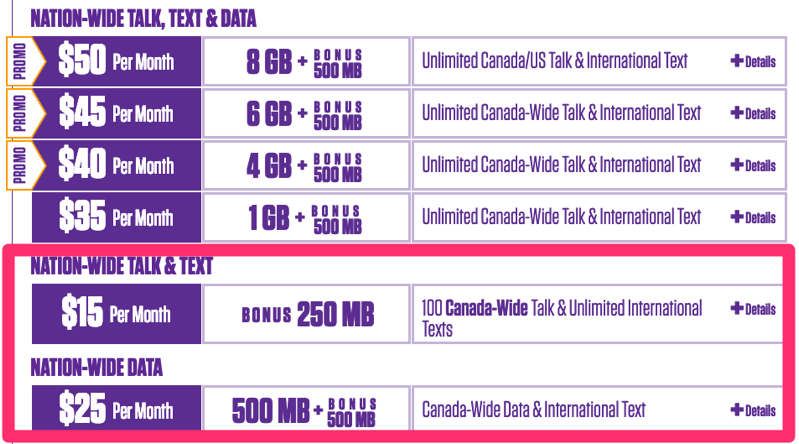 As of writing, Telus prepaid brand Public Mobile has not matched Chatr’s $15/250MB plan, but you can expect some sort of price-matching to happen soon.

Are you someone interested in these ‘light’ plans with sparse minutes and data?