Competition is the most timely question in the Canadian wireless market: this was the keyword of the marketing campaign directed by incumbents attacking Ottawa, and it is the principle guiding the government when choosing to allow foreign investment in Canada. Most recently, the country’s largest consumer groups have added their voices to the debate that has erupted over the government’s wireless policies (via the Globe and Mail). 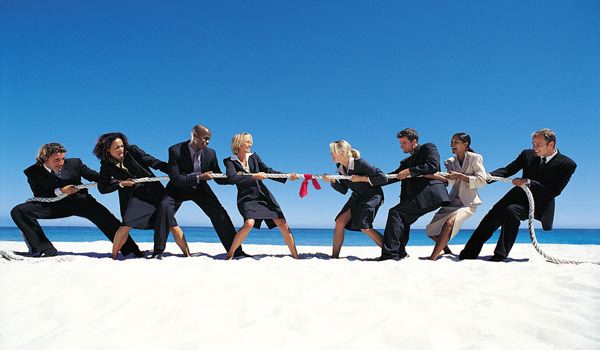 The Consumer Association of Canada and the Public Interest Advocacy Centre jointly announced its support for the government’s push to create a competitive market.

“Bell, Telus and Rogers are trying to scare Canadians with misinformation,” said Bruce Cran, president of the Consumers’ Association of Canada, in a release. “We are happy that new Industry Minister [James] Moore is staying the course on spectrum.”

As we know, the Big Three love competition, but they consider Ottawa’s wireless policies unfair: from their perspective, the wireless spectrum auction rules would unfairly benefit deep-pocketed telecom companies such as Verizon. And Telus went as far as asking the Federal Court to clarify the fairness of Ottawa’s wireless policy — without proving any of its claims, of course.

The whole Big Three campaign has one simple message: the market is already competitive, and there is no need for a fourth carrier, whereas Ottawa is trying to implement what we have already seen in the UK, as we highlighted with the help of Michael Geist yesterday.

Fortunately, large consumer groups are backing Ottawa’s push to stimulate competition in the market, but as the recently published Telus plans show, this can unfortunately push the price of data plans up as a result of the new wireless code.

“The spectrum auction rules are designed to produce a more competitive wireless market that will lower prices for consumers – that’s what the big three don’t want you to get,” stated John Lawford, executive director and general counsel of PIAC.

“It’s not lost on Canadians that Big Telecom’s expensive PR campaign to mislead citizens and pressure our government is being paid for on backs of price-gouged cellphone customers. Canadians have been on the receiving end of systematic mistreatment from these providers and this disrespectful PR campaign shows more than ever how critical it is for the government to rein in these telecom bureaucracies.”

SaskTel has today announced the expansion of its 5G wireless network to a number of communities in rural Saskatchewan, including the Town of Davidson and the Nekaneet First Nation. SaskTel 5G is now available in the following rural communities of Saskatchewan: Baildon Craik Davidson Ituna Turtleford Nekaneet First Nation “Our government recognizes how important wireless connectivity has...
Usman Qureshi
20 hours ago

Shaw Communications on Tuesday announced consolidated financial and operating results for its fiscal quarter and year ended August 31, 2022. The company reported consolidated revenue of $1.36 billion for the quarter, down 1.5% year-over-year. This includes $325 million in earnings from the Wireless segment as a whole, up 1.2%. Adjusted EBITDA for the period dropped...
Nehal Malik
22 hours ago