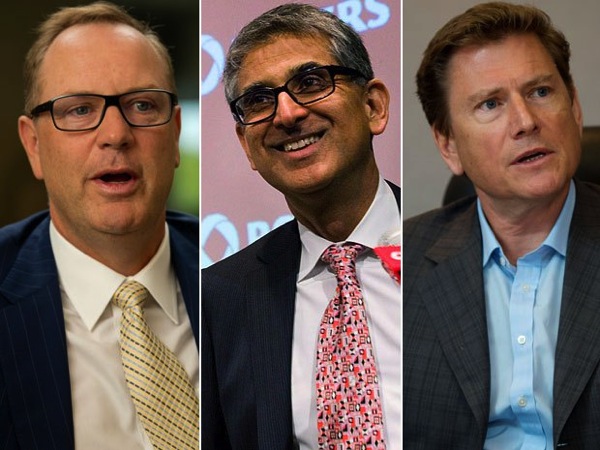 According to the Financial Post, the Federal Government is set to proceed with its spectrum auction despite recent ramped up lobbying and PR efforts by incumbents to delay or ask for rules to be changed. Industry sources tell the publication Industry Minister James Moore has started to conduct 30 minute meetings with officials from Rogers, TELUS, Bell and new wireless entrants.

Industry Canada spokesman Sébastien Gariépy says Moore “will be meeting with representatives from various sectors in the coming days and weeks.” The talks will involve incumbent executives who seek to convince Ottawa its upcoming 700 MHz spectrum rules are unfair as they will favour U.S.-based Verizon at the expense of shareholders, employees and rural communities.

Mr. Gariépy was asked if Ottawa had plans to delay its September 17 deadline for initial auction bids and responded everything is set to go on as planned:

“The policy has been announced and we are moving forward with the spectrum auction.”

Anthony Lacavera, chairman and CEO of Wind Mobile, while in Ottawa on Monday, told the Post he believes Ottawa will stand its ground and proceed with the auction, despite “incumbent PR silliness“:

“I think they’re going to stand where they are,” he said. “They’re not going to be swayed by the incumbent PR silliness and rhetoric and threats with respect to job losses and American takeovers and rural broadband infrastructure compromise as a result of a Verizon entry.”

On top of a recent media blitz by incumbent CEOs, an online government lobbyist registry has revealed high profile executives who sit on the boards of incumbents have registered to lobby Ottawa in regards to the spectrum auction in the past month, hence the meetings Minister Moore is currently undertaking.

Neeraj Monga and Desmond Lau, financial analysts at Veritas Investment Research also believe Ottawa will proceed as planned, as note incumbents did not oppose auction rules, which were created more than a year ago and included consultation with the industry at the time.

The pair reminds us as of this May, the federal government’s goal of creating a fourth wireless carrier was “in disarray” as newer wireless entrants were struggling to stay afloat. It wasn’t until the talk of Verizon coming to town did incumbents start to lobby and protest unfair spectrum rules, which they did not oppose when they were created.

Despite three companies controlling roughly 85% of current wireless spectrum, incumbents say this argument doesn’t hold any ground since cellular services were in their infancy 30 years ago and investment at the time required immense risk. Telus spokesman Shawn Hall responded to this argument by saying:

“Also, we pay a licensing fee on that spectrum every year,”

“So to say that we got it for free is just not accurate.”

On top of the Canadian Council of Chief Executives pleading to Ottawa on behalf of incumbents in regards to unfair wireless auction rules, the Communications, Energy and Paperworkers (CEP) union (which represents 110,000 members, most from the telecom industry) also argued against the rules on Monday, with union president Dave Coles suggesting Ottawa regulate cellphone prices rather than support foreign ownership of wireless companies:

“In its ideological crusade to open the telecommunications sector up to foreign ownership the Conservatives are ‘gaming the rules’ in favour a major U.S.-based multinational,”

The arguments of why Ottawa should change ‘unfair’ wireless spectrum rules have been heard loud and clear through their recent media blitz. However, from Ottawa’s statements made today, it appears it is a case of too little too late to sway the government’s decision to proceed as planned.