The CRTC is Asking Canadians to Participate in Testing Broadband Internet Speeds, Again 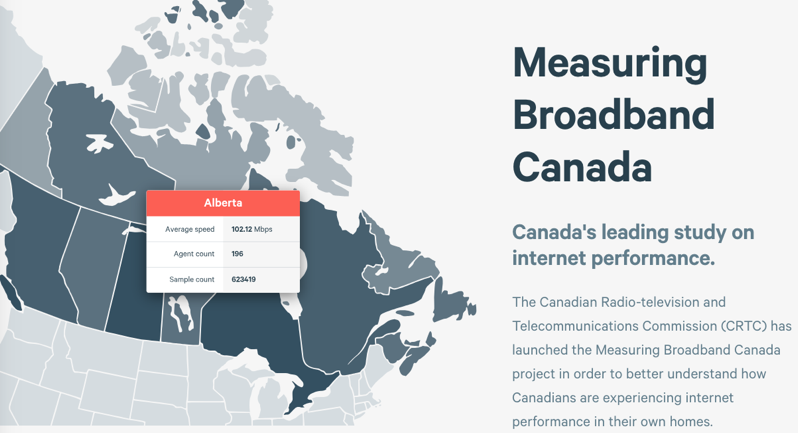 The CRTC and select Internet service providers (ISPs) are looking for Canadians to help test their home broadband Internet speeds, as part of the Measuring Broadband Canada project.

The project aims to measure the speeds of home Internet, with participants using a “Whitebox” device to connect to their modem or router, which will run when an Internet connection is not actively being used.

According to the CRTC, test results will “give Canadians, the CRTC and ISPs a better understanding of whether consumers of broadband services from participating ISPs are getting the advertised speeds they expect.”

Also, testing will shed more light on network performance and actual connection speeds, which will be used by the CRTC to publish a “comprehensive report highlighting the findings.”

“The data collected through this project will help consumers see whether they are getting the Internet speeds that were advertised by Internet Service Providers and will also help the CRTC to better understand the performance of connection speeds in Canada. We encourage those who are interested to fill out the online form today,” said Scott Hutton, CRTC Chief, Consumer, Research and Communications.

Back in 2016, the CRTC similarly asked Canadians to test their home Internet…and now more money is being spent to get you to do it again. The previous test was to help the CRTC “improve its broadband policy-making.”

Those looking to participate can click here to be part of this project.

Here are the latest Canadian cellphone plan and device deals, plus other promos from wireless carriers such as Rogers, Telus and Bell, from our partner PlanHub. As always, the promos may change at the last minute, but here they are as of Wednesday, November 30, 2022. Check them out below… Bell Noticeable price changes: Get iPhone 14 […]
IIC Deals
22 hours ago